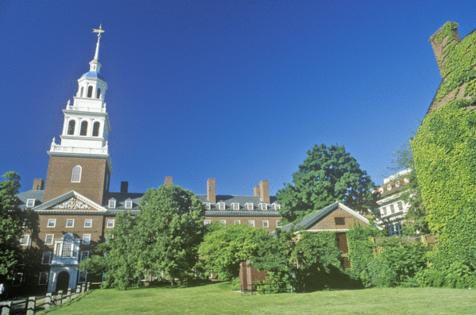 The latest twist on the civil rights lawsuit against Harvard has the U.S. Supreme Court asking the Biden administration its thoughts on the matter. That makes sense, since the Trump administration weighed in heavily on the side of Asian American applicants who claimed that they were stereotyped and had to meet a higher standard than other racial and ethnic groups to be admitted.

The lawsuit raises delicate questions about historical prejudice, meritocracy and affirmative action. People of Asian descent were the subject of discrimination and exclusion dating to the 1850s, and the prevalence of recent violence against Asian Americans lays bare the obstacles many in this heterogeneous community continue to face.

At the same time, the nation’s Asian population has produced extremely impressive college applicants, which means they would take enormous numbers of seats if these were based solely on grades and standardized test scores. As many have pointed out, if they are held to unfair standards, it’s similar to the discrimination to which Jews were subjected in the early- to mid-20th century, when prestigious schools had caps on the number of Jewish students admitted.

There is little doubt that Harvard officials wronged Asian applicants in at least some ways. Stereotyping was uncovered by a 1990 federal report, which said officials had referred to Asian Americans “as being quiet, shy, science/math-oriented, and hard workers.” It’s hard to unearth clear evidence that Asian applicants are subjected to more rigorous standards, but in the college-coaching industry there have been programs to help Asian students “appear less Asian” to admission officials by tweaking their essays or having them sign up for activities or say they’re interested in humanities or social sciences instead of science.

Harvard and many other colleges, prestigious or not, make no bones about their commitment to creating racial diversity on campus. Black, Latino and Native American students have long been underrepresented among the student populations at elite schools; that is true for some Asian Americans but not others. There is a practical and moral obligation to provide an educational pathway for students from the most disadvantaged communities — residents of poor neighborhoods, descendants of enslaved people, children of immigrants, refugees and asylum-seekers — to the middle class and beyond. That is not the same as lowering standards; it means acknowledging that grade-point averages and SAT scores should not be the overriding arbiters of how well an applicant will use the opportunity to attend college.

There are better and fairer ways to open more spots to worthy applicants of all races: Eliminate the admission advantage for athletes and, to a lesser extent, legacy applicants whose relatives attended the school. The advantage for athletes is particularly vexing because numerous studies have shown that many of these applicants have subpar records otherwise; they take up more undergraduate spots than legacy students and are more likely to perform poorly in college, according to a 2016 report by the Jack Kent Cooke Foundation. And unlike what most people think, the sports advantage goes overwhelmingly to advantaged white students.

Admissions should be more than a numbers game. To increase the numbers of Black students, some colleges have pulled disproportionately from voluntary immigrant families and students who attended elite prep schools. Those might be terrific students, but these schools also should be thinking about the moral imperative of doing the right thing by students whose ancestors were enslaved.

No one has a right to be admitted to the university of their choice. Harvard’s class of 2025 will be nearly 26% Asian though Asians make up about 6% of the population. Harvard must rid itself of stereotypes about Asian students and measure their merit on the same basis as those of all students, but it also should continue to strive for a diverse student population — both racially and economically. The Supreme Court should let the decisions of lower courts, which ruled in Harvard’s favor, stand.

The ultimate goal should be a change in our attitudes toward elite colleges. It is true that the Harvards and Stanfords of the nation give students a certain leg up. Where the real short shrift occurs is among the many bright, talented and committed students attending Cal State and other schools that don’t make the top rankings. They are getting an excellent education and going on to great things. And if employers and graduate schools took that into consideration instead of being overly impressed by names, people would be less worried about who got into Harvard in the first place.