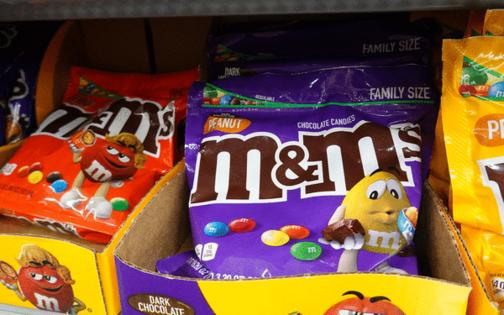 Welcome to a new level of crazy in the culture wars.

Somehow the M&M’s spokescandies have been swept up in the crusade against “wokeness,” forcing everyone to suffer through an entire news cycle focused on the aesthetic choices of anthropomorphized chocolate-candy cartoon characters.

It’s an episode that seems engineered to illustrate just how unhinged the outrage machine has become. But it also signals the start of an unwelcome new branding strategy — one in which companies may be poised to not only capitalize on but also feed into a highly polarized society in ways that do more harm than good.

It all began early last year when M&M’s parent company, Mars Inc., announced that its spokescandies were getting a more modernized look and nuanced personalities to “underscore the importance of self-expression” and to reflect “an updated tone of voice that is more inclusive, welcoming, and unifying.”

These words are all very triggering to a certain segment of the right, and, perhaps not unexpectedly, Fox News host Tucker Carlson decided to make the rebranding a flashpoint on his show. To Carlson, the most egregious changes were the green M&M hanging up her high-heeled boots for sneakers and the brown M&M trading her stilettos for a more sensible heel. Carlson called the newly designed brand mascots “deeply unappealing and totally androgynous, until the moment you wouldn’t want to have a drink with any one of them — that’s the goal. When you’re totally turned off, we’ve achieved equity.” The Fox News chyron read: “PROGRESS AT LAST: PLAIN, FRUMPY M&M CANDY.”

What it boils down to is that the female brand mascots were no longer sexy enough for Carlson’s tastes. Again, as a reminder, we are talking about anthropomorphized chocolate-candy cartoon characters.

That seemed to be the end of the whole bizarre affair — that is until Monday, when the official M&M’s Twitter account put out a statement saying that because we are in an era when “even a candy’s shoes can be polarizing,” it’s taking an indefinite break from the spokescandies. To take their place, Mars hired actress and comedian Maya Rudolph to represent the brand.

That’s when things started to get suspect. Why was Mars canceling its spokescandies a full year after the Carlson dust-up? And if the goal was to quell the right, why bring on beloved liberal icon Rudolph, who received an Emmy nod for her portrayal of Kamala Harris on “Saturday Night Live”? Was this latest development simply a stunt to create buzz ahead of a planned Super Bowl ad?

Either way, it’s bad all around. It’s bad if Mars succumbed so easily to the right after its self-aggrandizing messaging about unity, and it’s bad if the company is trying to fan the flames of the culture wars for its own benefit. Both are exploitative — one of a sincere and hard-fought movement toward inclusivity and the other of the country’s dangerous level of polarization.

What Mars is doing seems closer to a stunt. It’s ridiculous and hilarious, but it’s also a dangerous place for brands to play. Companies need to be cautious that they’re wading into the political and social fray for the right reasons and not simply as a marketing tool. Mars might be benefiting from the buzz now, but it should be prepared for what always seems to come on the other side of the culture wars — the backlash.

Chronic pain affects 1 in 6 people in the United States and around the world, and is the most common cause of disability. Yet medicine’s desperate attempts to treat chronic pain sparked the opioid epidemic. And while ...Read More

As for that inappreciable discussion about when in the New Year you should stop saying “Happy New Year,” we might finally have hit on a solution here in the good old USA: When the number of people killed in mass ...Read More