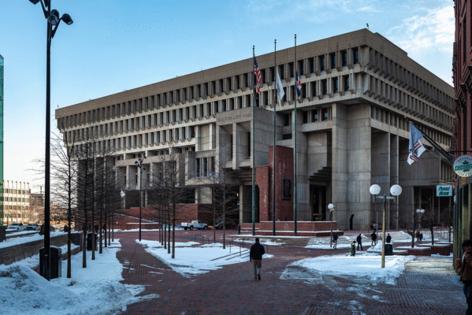 Despite their claims to the contrary, the nine liberal members of the Boston City Council displayed crass, partisan opportunism by recently voting to let 16- and 17-year-olds vote in local elections.

Let’s be clear. Anyone who remembers their high school years or has raised children through those same years knows that few teenagers have the experience, judgment or emotional maturity to make important political decisions in the voting booth.

If the sponsors of this cynical change actually believe that teenagers have the informed judgment to make such decisions, why haven’t they lowered the required age for a host of other decisions that in Massachusetts, like in most states, require you to be 18 and a legal adult?

In Massachusetts, you have to be 18 to sign a lease or a contract; to serve on a jury; to buy a lottery ticket or cigarettes; to generally consent to medical treatment and surgery (with some exceptions); to get married; or to qualify as a candidate to run for the state legislature. You can’t join the military until you are 18 (or 17 but only with parental consent), and although you used to be able to drink and buy alcohol when you were 18, that was changed to 21 in 1984.

We set 18 as the minimum age for all of these significant decisions because we, as a society, recognize that minors have not yet developed the experience and judgment necessary to make such weighty decisions that have the potential to negatively impact them or society. Why would voting in elections that choose the individuals who will make the rules, laws and regulations that govern our society, our government, our courts and our economy be any less weighty?

The council members who approved this measure claim that “a lot of young people are working … just to help support their families” and therefore they should be able to vote. If that is true, then why shouldn’t they be able get married, buy a car, lease an apartment, relax with a drink or a cigarette after work, sit on juries, make their own decisions on medical care, or decide they want to serve their country in the military?

Again, we as a society have–quite sensibly–decided that children should not be given the ability to make those types of decisions until they reach the age of 18 or, in the case of drinking, 21.

Fortunately, Boston can’t actually lower the voting age unless the state legislature approves the petition. Those legislators should keep in mind that their constituents oppose this.

But if the legislature does decide to approve the city council’s petition, legislators might want to explain to their constituents why they believe you are not qualified to run for the state House and the state Senate until you are 18, yet they believe minors are mature enough to vote at 16.

You cannot reconcile those two views unless your only objective is to obtain the support and the votes of highly persuadable children who lack the maturity and experience to make many important decisions for themselves, much less those that will affect society at large.

This is an unwise, imprudent change. You might even call it immature. That’s why adult voters overwhelmingly think it’s a bad idea.

Hans A. von Spakovsky is a Senior Legal Fellow and Manager of the Election Law Reform Initiative at the Heritage Foundation and a former Justice Department lawyer and FEC commissioner. He is the coauthor of “Our Broken Elections: How the Left Changed the Way You Vote.”