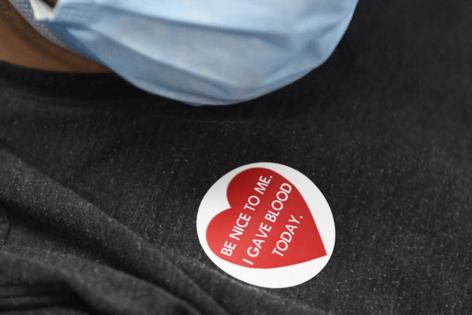 The Food and Drug Administration is on the cusp of changing rules so that more gay and bisexual men can donate blood like anyone else. It’s about time.

Rules in place since 2015, which replaced a longstanding outright ban imposed in the 1980s to frustrate the spread of HIV during the AIDS epidemic, made all gay and bisexual men abstain from sex for a year before being eligible to give blood. That was reduced to three months during the COVID-19 pandemic, when blood bank reserves fell to dangerously low levels.

But those shortages persist. Earlier this year, the American Red Cross for the first time declared a national blood crisis. And the New York Blood Center has announced five blood emergencies in 2022.

Any blanket ban on a large group of Americans is incongruous and unwise given that all blood donations are tested for a wide range of pathogens including HIV and hepatitis B and C. While those tests can’t detect HIV immediately after infection, they’ve improved to the point that it’s now consistently identifiable no more than 10 days after the time of exposure. Indeed, countries without a ban on donations from men who have sex with men have perfectly safe blood supplies.

The burden of blood donation is shouldered by a tiny slice of the population. The key to upping supply is finding and tapping into networks of enthusiastic donors and communities eager to roll up their sleeves. Estimates are that letting gay and bisexual men give would unlock as many as 350,000 new donors.

Let them give, and do it right away.