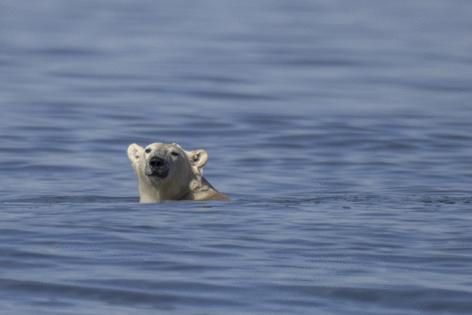 Global warming was supposed to wreak havoc on polar bears. Looks like someone forgot to tell the polar bears.

Polar bears “are the poster child for the impacts of climate change on species, and justifiably so,” the World Wildlife Foundation proclaims on its website. Pictures of polar bears on melting islands of ice are supposed to provide a dire foreshadowing of the world’s future. In 2018, a National Geographic story proclaimed, “Polar bears really are starving because of global warming, study shows.”

There’s just one problem with all the doomsday talk. It’s not true. The number of polar bears has been generally increasing for decades. As author Bjorn Lomborg detailed recently, the world polar bear population went from around 12,000 in 1965 to an estimated 26,000 last year. The trend is unmistakably positive.

One of the major factors in this population boom has nothing to do with climate. In the mid-1970s, the five countries with the largest number of polar bears signed a treaty to limit polar bear hunting. As a result, the number of harvested polar bears dropped from more than 1,000 annually in the late 1960s to around 700. Saving 300 polar bears a year may not seem like a lot, but as a percentage, it’s a significant amount.

Even those concerned about global warming should see the lesson here. Outcomes stem from both changes in the Earth’s temperature and the adaptability of humans and animals. If you’re concerned about polar bears, advocate for the steps needed to reduce the harvest of the animals.

That’s more efficient than limiting the world’s access to fossil fuels in hopes that the temperature increases slightly less 50 years from now than unreliable climate models predict. Plus, fossil fuels are the world’s most reliable and affordable source of power. They’ve helped billions of people escape poverty and raised living standards across the globe. Hundreds of millions more people want increased access to fossil fuels in their bid to fight off continuous scarcity.

There’s nothing wrong with transitioning to green energy. But fossil fuels will remain vital until clean technology becomes reliable enough that we don’t have to destroy economies and impoverish millions in the process.

Fossil fuels also play an integral part in First World conveniences that are often taken for granted. One of those is living in a society with enough wealth to pay people to count polar bears. Another is the technology scholars use to estimate polar bear populations. Most helicopters, which are used to track and tag polar bears, run on fossil fuels.

Global warming alarmists have a large megaphone. But their apocalyptic projections distort reality. The world isn’t going to end in 10 years, and a rise in temperatures doesn’t mean a fast track to human extinction. If polar bears can adapt and thrive as the weather changes, so can humans.