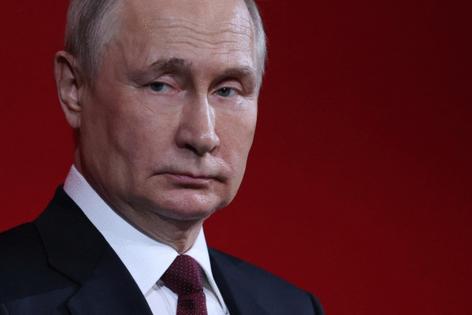 We can unearth the mass graves left in Ukraine by retreating Russian troops. We can talk to the Ukrainian survivors of rape and torture, the mothers of fallen soldiers, and the millions who live in constant fear of Russian bombing and terror. But we can’t contact the Ukrainian women and children whom the invaders have abducted and taken far into the interior of Russia. They are the war’s invisible victims — and will remain so even after a truce, whenever it comes.

As of this summer, the Russians had forcibly deported between 900,000 and 1.6 million Ukrainians — mainly women — from the Ukrainian territories they occupied, including some 260,000 children. Those numbers have grown since then. Just during the Russian retreat from Kherson, for example, the attackers moved perhaps another 60,000 Ukrainians in less than a week. With their bloodcurdling Orwellian euphemisms, the Russians boast that millions of Ukrainians have “found shelter” or “been adopted” in Russia.

Why women and children, in particular? So that the women will bear “Russian” rather than “Ukrainian” babies in the future, and the children will forget they were ever Ukrainian and become Russian instead. That rhymes with one rationale President Vladimir Putin has given all along for his invasion. In his telling, Ukraine isn’t a country at all, just a region of Russia suffering from the “false consciousness” that it is a nation. It follows that Putin must destroy Ukraine as a culture, polity and people. One way to do that is to move Ukrainians out, and Russians in.

If that sounds like an attempt at ethnic cleansing, it is. The vernacular meaning of the word genocide (from the Greek for “killing a tribe”) connotes murdering every member of a race or nation. The legal definition of “genocide,” as stipulated by the United Nations in 1948 with the Holocaust on everybody’s mind, is broader. It includes killing members of the tribe, race, nation or group. But it also encompasses causing them bodily or mental harm “calculated to bring about [the group’s] physical destruction in whole or in part.” Russia’s systematic bombing of Ukraine’s electricity grid and other infrastructure fits that part of the description.

Not least, the legal meaning of genocide also includes “measures intended to prevent births within the group,” and specifically “forcibly transferring children of the group to another group.” In this sense, everything that Putin has done this year suggests he is in fact trying to commit genocide.

Putin is only the latest perpetrator in a long and tragic history of human mass deportations and ethnic cleansings. It’s a story, moreover, for which Moscow, under the Tsars and especially the Soviets, wrote more than its fair share of chapters. And in this anthology, the Ukrainians take up their own thick volume as victims.

At various points in the 20th century, the Kremlin cleansed parts of Ukraine and the region of Cossacks, Kulaks, Tatars and other groups, usually dumping the victims in Siberia or central Asia. At that time Moscow typically dressed its motives in the terminology of class rather than ethnicity. But it came to much the same. The traumas of these deportations — like that from Joseph Stalin’s deliberate starvation of Ukraine, now known as the Holodomor — form part of Ukraine’s collective memory.

For the individual victims, then as now, the process is one of sheer, inhumane terror. The Russians herd Ukrainian women and children into “filtration” camps. Parents, spouses, sons and daughters are separated; their cellphones and documents confiscated, their fingerprints scanned and identities erased, their fates shrouded in a dark haze. Some are abused. Others are merely sent off into an unknown hell.

By Putin’s cold arithmetic, the couple of million of Ukrainian women and children taken out of their native land by deportation can be added to the millions of refugees — also disproportionately female and young — who have fled to the European Union and elsewhere. Depending on the estimate, around 20% of Ukrainians, and roughly twice that proportion of women of childbearing age, is physically outside the country.

Their absence not only complicates any future effort to rebuild Ukraine and make it prosper. It also rips a chamber out of Ukraine’s national heart.

If and when the warring parties exhaust themselves and enter negotiations, the list of sticking points will be long. It starts with the status of Crimea and the other Ukrainian regions Putin pretends to have “annexed.” It continues with Ukraine’s relations to the European Union and NATO, security guarantees from outside powers and much else.

But the women and children the Russians have abducted must be right at the top of that list. The Kremlin, no matter who rules it at that point, must acknowledge the war crimes Russia has committed and allow the Ukrainians to return to their homes, so that — scarred as they are — they can pick up whatever may be left of their lives.

In this demand, the West and the whole world must support Ukraine. And Kyiv should, if necessary, value people above land, trading visible terrain on a map for the nation’s now-invisible mothers, sons and daughters. No ceasefire without their return deserves the label victory.