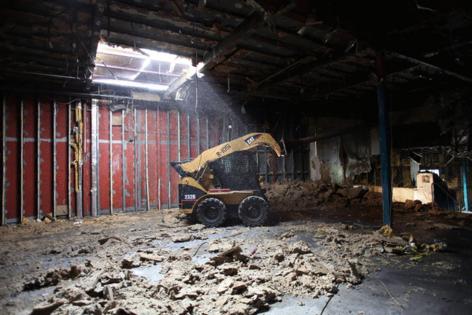 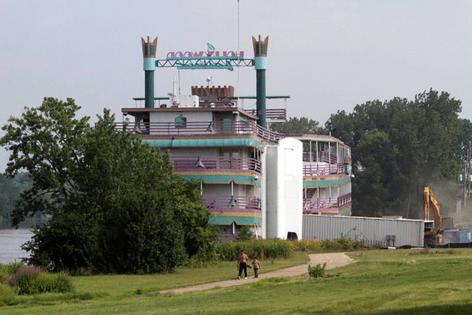 Weidner and other members of what was known as the “riverboat alliance” were worried that any such facility in Chicago would suck away business from their nascent riverboat casinos in Aurora, Joliet, Elgin and other communities downstate. This was an act of self-interest. But that wasn’t the language Weidner used.

Instead, he argued that any such casino would run contrary to the intent of the Illinois legislature, which had justified its approval of gambling in Illinois by arguing that these new riverboats would revive the downtowns of communities that were demonstrably struggling with deindustrialization and other economic shifts.

The riverboats were supposed to bring people back to these downtowns and, Weidner argued, if Chicago was allowed to big-foot the whole enterprise, the revitalization of these former industrial cities would either be halted or diminished.

Weidner and his group prevailed, and when the glittering, two-boat Hollywood Casino opened in downtown Aurora in 1993, the pavilion from where the “cruises” commenced featured a gorgeous steakhouse and an epic, Vegas-style buffet ― not to mention gleaming display cases showcasing Douglas Fairbanks Sr.’s “Zorro” cape, a Charlie Chaplin bowler and Charlton Heston’s Roman toga from “Ben Hur.”

At the Paramount Arts Center across the street, the casino booked (and subsidized) Las Vegas-style performances by Liza Minnelli, Dolly Parton, Frank Sinatra and Tom Jones, tailored to high-rollers. A special license was granted to the casino to sell booze until 4 a.m. The people, and the money, rolled in fast.

For anyone who remembers paying just to “cruise” a few hundred feet up the Fox River, downtown Aurora seemed transformed. There was talk of a new riverwalk, hotels, restaurants, condominiums. It seemed that the legislation had gotten it right. Joliet, too, had a popular riverboat and so did Elgin.

All of that is over now.

On a recent visit, the Hollywood Casino looked sad, diminished and a far cry from its glamour in the 1990s. Last month, its owner, Penn Entertainment, said it wanted to close the long-docked riverboat downtown and rebuild it on a site closer to I-88. They promised a grand new casino in a more convenient location with bars, restaurants and a spa. The plan involved Aurora giving over land the city owned and issuing new bonds to pay up to $50 million toward the cost of the project.

Remarkably, Aurora was on board, with city officials calling the new plan “one of the most significant developments in the history of Aurora,” which is exactly what they said when the riverboats came to downtown and were compared by the then-mayor to the coming of the railroads. Penn Entertainment also announced a similar plan for the casino in downtown Joliet, which it also owns.

Better, it said, for the casinos to be near the expressway for easier access. But what about the promises made to downtown Aurora and Joliet?

Suddenly, nobody seemed to remember that the whole justification for gambling in Illinois was downtown revitalization, not to support a casino next to the highly successful Chicago Premium Outlets, constructed with the help of public money going to an entity that is highly likely to rake in massive profits all on its own.

Illinois casinos, it seems, have become like NFL franchises, supremely skilled at lobbying and dangling the promise of revenue to cash-strapped cities but on their own ever-changing terms.

Was the Hollywood Casino good for downtown Aurora? It’s debatable. The charming riverwalk got finished and area landscaping improved. The Paramount Theatre came back to life, but on its own merits. And on a recent Sunday night, those new restaurants in downtown Aurora were either closed or mostly empty. The action, it felt, had shifted elsewhere.

There’s a cautionary tale here. Casinos change the rules as they chase more money. Chicago has already seen a fascinating shift within its own new, long-awaited casino. The city initially announced it had selected Bally’s as the entity with which it was doing business and touted the likely rapid approval by the Illinois Gaming Board, due to Bally’s existing presence in the industry.

Of course, the gaming industry has evolved since the 1990s. Most notably, sports betting has exploded and now casinos have found themselves subject to many of the same pressures as office buildings downtown. They have to persuade gamblers that they’re enough of a good time to get them to come to a central facility rather than merely getting their gambling fixes on their phone.

Entertainment has made a comeback and casinos are now, in essence, selling a combination of convenience and a party atmosphere.

Millions of dollars have been made in Illinois in this industry over the past two decades and politicians have not always been ahead of the curve. We’ll just reiterate two abiding truths.

Outside of Las Vegas, at least, casinos are fickle entities that cannot revitalize cities on their own.

And they will promise the moon and then ask for the stars.