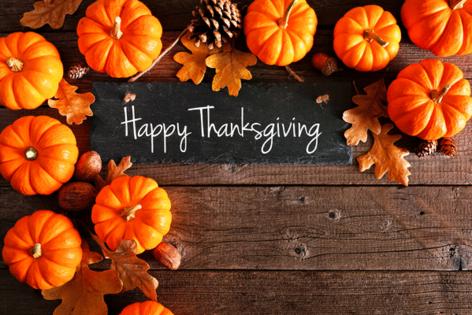 In November 1620 the Mayflower deposited about 100 Pilgrims at the Wampanoag community of Patuxet, which the newcomers renamed New Plymouth. A year later, the English and Wampanoags enjoyed a three-day feast. For generations, Americans have celebrated that meal as the first Thanksgiving.

As traditions go, Thanksgiving seems pretty secure, though the recent redefinition of Columbus Day to Indigenous Peoples’ Day suggests that even once-sacred holidays can change. Columbus trotted through American culture until 1992, the 500th anniversary of his first voyage. That year, Native and other scholars fueled a campaign to redefine the holiday by emphasizing Columbus’ role in brutal conquest, enslavement, and ecological catastrophe. But this was not the first effort to redefine America’s origins.

In the 1820s and 1830s, a Pequot minister named William Apess took aim at what would become Thanksgiving — arguing that the nation needed to rethink the colonization of New England, and view it through Indigenous perspectives. What does it mean when a nation extracts a benign interpretation of the past from a tangled and often violent legacy of encounters and conflicts? Indigenous peoples’ experience of conquest and colonization pivoted on dispossession. Shouldn’t that be part of the story too?

Apess tackled these questions at a time when prominent politicians linked the Pilgrims’ experience with two hallmarks of American democracy: the right for any community to govern itself, and the right for individuals to practice their faith without government interference. In the era of Indian removal, these notions became embedded in the federal government’s efforts to expand the nation westward into lands held by Indigenous peoples whom the Constitution excluded from exercising such rights.

In 1829, Apess’ “A Son of the Forest” became the earliest published Indigenous autobiography in the United States. He reported he was born in 1798, the grandson of “a white man” who had married the granddaughter of Metacom, the Wampanoag leader known to the English as King Philip. “A Son of the Forest” detailed Apess’ struggles with alcohol, and how he quit drinking and became ordained as a Methodist minister.

Apess was a leader in the Massachusetts Indigenous peoples’ battle to preserve their lands and to take greater control over their communities in an uprising known as the Mashpee Revolt of 1833-1834. The Mashpees (or Marshpees) “wanted their rights as men and as freemen,” he wrote. Apess and the Mashpees invoked the language of the Nullification Crisis of 1832, when the state of South Carolina failed in an effort to declare federal tariffs unconstitutional. They tried to prevent white intruders from taking wood from Mashpee lands, which landed Apess briefly in prison. Many non-Natives feared the implications of Apess’ stand, but their counsel, who was not Native, compared his clients to the patriots who had thrown tea into Boston Harbor in 1773.

Soon after, Apess turned his attention to the history of early New England.

In the midst of a war in 1637 — less than 20 years after the famous Plymouth feast — Pilgrims and their allies set a Pequot town on fire and shot those who tried to escape. They killed 400 to 700 on a single night, including children and elderly people. They captured Pequot survivors and shipped them to the Caribbean as slaves. Forty years later, Apess’ ancestor, Metacom, led multiple Indigenous communities to battle for their homelands in a conflict known as King Philip’s War. From 1675 to 1677, Indigenous and colonial soldiers laid waste to each other’s communities, and colonists again bought and sold Indigenous captives, creating a market in enslaved bodies. The colonists believed Metacom and his allies posed the most serious crisis they had ever faced. After Metacom died in Rhode Island on Aug. 12, 1676, English soldiers decapitated him, and colonists mounted his head on a post in Plymouth as a warning.

In powerful 1836 speeches and a book called “Eulogy on King Philip,” Apess used his ancestor’s story to redefine the colonial era. Unlike promoters of the myths surrounding Plymouth, Apess saw the 17th century as an era of struggle and sacrifice. He described the Pilgrims as trespassers who took land “without asking liberty from anyone.” Apess castigated colonists for selling Metacom’s son into slavery, an act he called shocking by “a people calling themselves Christians.” He suggested that Metacom, rather than the English, was the true exemplar of Revolutionary ideals and sacrifice.

Apess delivered his eulogy twice in Boston in January 1836, but he soon after disappeared from the historical record. In 1863, in the midst of the Civil War, President Abraham Lincoln declared Thanksgiving a national holiday. He asked all Americans to recognize the strength of the country, and to seek divine protection for “all those who have become widows, orphans, mourners, or sufferers in the lamentable civil strife” engulfing the nation. But by then, the association of Plymouth and the holiday had already taken hold. Thanksgiving festivities continued to emphasize a sanitized version of events in early New England — and to wallow in nationalist pride, rather than reckon with the implications of European conquest.

For decades, scholars of early American history ignored Apess’ books, though an edition of his complete writings in 1992 brought new attention to his critique of early New England. By then, other Indigenous writers and speakers also thought it necessary to challenge the romance of the Pilgrims and Thanksgiving.

In 1970, an Aquinnah Wampanoag activist named Wamsutta Frank James delivered a speech in Plymouth that put the Indigenous experience at the center, not the periphery, of the history of the United States. Rather than celebrating a tradition of religious freedom and democracy, he spoke of centuries of prejudice and dispossession. His words had lasting impact: Each year on the fourth Thursday of November, Indigenous and supporters congregate on Cole’s Hill in Plymouth to mark the holiday James suggested renaming the National Day of Mourning.

There’s a rich and still too-little-known tradition of Indigenous writings like Apess’, including Felipe Guaman Poma de Ayala’s early 17th century account of his travels and the many texts of Samson Occom, a Mohegan who raised funds later used (against his wishes) to establish Dartmouth College. Many of these authors offered penetrating critiques of the European conquest and colonization of the Americas. Like Apess, they bore witness and their words invite a similar reckoning.

Looked at from the vantage points of 1637, 1676 and so many other moments in our country’s history, that three-day meal in the autumn of 1621 was less a predictor of future goodwill among all Americans than a historic aberration. Thanksgiving may well survive for centuries. But as the rethinking of Columbus Day and the public’s broader understanding of slavery and American history through educational programs like “The 1619 Project” have shown, it is not too late to make progress. Rather than see this holiday as an opportunity to gorge on a meal and dwell on naïve fantasies about a period of accord, it could become an opportunity to retell the history of the United States, putting Indigenous experiences at the center instead of the periphery.