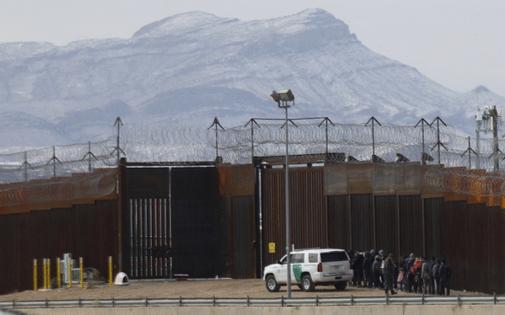 The warning signs had abounded: The suspect had already been probed by federal prosecutors, who were so concerned that they referred him to the FBI. Multiple descriptions had painted him as callous and openly racist, a pattern that culminated with a killing Tuesday for which he and his brother have been arrested.

We’re not talking about a school shooter or a hardened member of a gang or anti-government militia — but about Michael Sheppard, until a few days ago the warden of the notorious West Texas Detention Facility, a privately run ICE detention center with a history of abuse toward the people in its custody.

The 60-year-old Sheppard and his twin, Mark, have been charged by authorities in Texas with killing one person and wounding another in a potential hate crime Tuesday night. According to surviving witnesses, who along with the victims were recently arrived migrants walking along a rural road in a county outside El Paso, the Sheppards drove up to them in a truck and hurled insults before Mike stepped out of the car and opened fire, killing a man immediately and sending a woman to the hospital.

It’s not the first time that Mike Sheppard has come to the attention of law enforcement; as warden at West Texas, 30 men from Somalia accused him of directing his staff to beat and demean them, and sometimes joining in himself. A report documenting his abuse was found credible enough for the U.S. Attorney’s Office for the Western District of Texas to forward it to the FBI for further investigation. This was in addition to many other hazards and negligence identified by an internal ICE monitor.

Given the ambient inhumanity of many detention centers, particularly those run by private companies, these abuses are often ignored or they’re noted without any further consequence. In this case, they were warning signs for a man who authorities now say has committed a deadly act. If someone had only intervened sooner, the still-unnamed victim might be alive today.