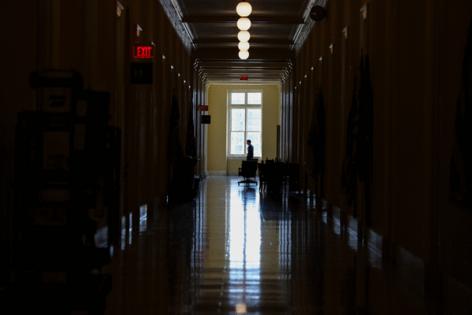 A recent wave of media attention has pointed to a toxic workplace culture in much of the Washington, D.C., political ecosystem. From the viral “Dear White Staffers” on Capitol Hill, to growing worker dissatisfaction at liberal nonprofits, it’s become clear that the policy field doesn’t always practice what it preaches when it comes to diversity, equity and inclusion.

At the same time, we hear story after story of young voters lacking faith in government. In response, the political class continue to scratch their heads about why millennials and Gen Z feel disconnected.

But the answer is obvious if we connect these two seemingly separate stories: Our nation’s most influential political offices, government agencies and policy organizations are unable to effectively advance a more equitable and just society because they themselves are not built equitably or justly.

Even with the most diverse Congress in history, its members are still 77% white, 73% male and have an average net worth that is five times the median for U.S. households. Diversity among congressional staff is even worse.

Just 8% of committee staff directors, who shape key legislation, are people of color, and only two Senate chiefs of staff are Black. Think tanks and other policy organizations face similar challenges of homogeneity and exclusion. So it’s no surprise that young people — especially young people of color — overwhelmingly say that the policy sector does not want to hire “people like me,” according to a recent survey from Next100 and GenForward.

Disaffection with government among young adults is staggering: Only one in five young adults believes government leaders care about them, while nearly half of young Black adults say they don’t feel like a “full and equal citizen.” Less than half of Black and Latinx young adults agree that voting is an effective means to bring about change.

As a former senior government official, I saw firsthand that who makes policy matters immensely. Policy choices affect everything from the quality of the air we breathe to the food we eat. When public policies are molded by those with power and privilege, without the input of people most affected by these choices, the outcomes often benefit individuals already at the top.

And when their government doesn’t look like an increasingly diverse America, Americans tend to be less engaged in the political process — further skewing public policy and eroding faith in the government.

But there is a silver lining: An overwhelming majority of young adults say they would be more likely to trust government leaders if those leaders came from their own communities. In other words, we need to make the policy sector more inclusive, representative and effective.

Fundamentally, the policy sector must reckon with its longstanding exclusionary practices. Unpaid internships, low-paying entry-level jobs, unnecessary credential requirements, and a lack of investment in professional development make it difficult to break into these careers and gain on-the-job experience, especially for people of color and those with lower incomes. Opaque and informal hiring processes that rely on word of mouth enact yet another barrier to those not already in the sector.

Some organizations are challenging these practices: Next100 recently compiled a list of best practices of other organizations within and outside of the field, as well as our own, and released a roadmap of concrete actions that policy organizations can use.

As the policy sector isn’t even working for the young staff who are able to enter it, it certainly can’t deliver for the individuals and communities who have been alienated from the policymaking process for generations.

The reckoning happening at workplaces across the country, from Amazon warehouses to Starbucks cafes, has now spread to Capitol Hill and other corners of the policy world. With its arrival, the political establishment should acknowledge that many of the forces leading dissatisfied workers to speak out are the same forces leading disconnected voters to sit out.

Most of all, the sector needs to take an honest look at its own practices, commit time and money to change and be willing to challenge long-held assumptions of who is qualified to make policy. If policy leaders want to restore faith in government, they should start from within.

Emma Vadehra is the founder and former executive director of the think tank Next100 and former chief of staff at the U.S. Department of Education. This column was edited by Progressive Perspectives, which is run by The Progressive magazine and distributed by Tribune News Service.