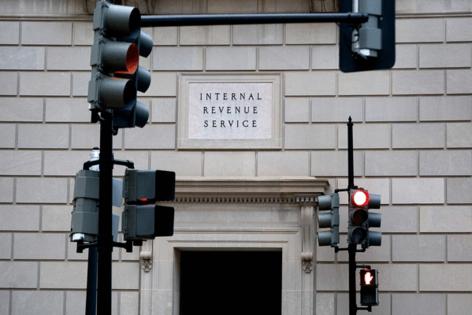 The Catholic archbishop in San Francisco says House Speaker Nancy Pelosi will be denied Communion for her support of abortion rights. It’s a flareup of a debate that has previously ensnared other Catholic pro-choice politicians, including President Joe Biden. That debate is sure to become more common with the Supreme Court’s expected overturning of Roe v. Wade, forcing abortion policy front and center in Congress and in state legislatures.

Which makes this a good time to reiterate a valid principle regarding taxation, one that also happens to be federal law: A church or any other religious organization has every right to take a stand on abortion or any other topic. But when it casts that position in explicitly partisan terms, publicly condemning political parties or individual politicians by name, it has crossed into the realm of political campaigning, making it ineligible for tax-exempt status.

The Internal Revenue Service grants automatic 501(c)(3) tax exemption to churches and other nonprofit organizations — with the condition that the organization “does not participate in, or intervene in … any political campaign on behalf of (or in opposition to) any candidate for public office.” Note that the relevant issue isn’t whether the organization participates in public debates of topics that may be political in nature — that’s protected by the First Amendment and doesn’t violate tax-exempt status. The issue is whether the organization voices support or opposition to specific politicians or parties.

With that standard in mind, consider last week’s written announcement by Rev. Salvatore J. Cordileone, archbishop in San Francisco, that Pelosi would be denied Communion “unless and until she (agrees to) publicly repudiate her support for abortion ‘rights’ and confess and receive absolution for her cooperation in this evil in the sacrament of Penance.”

Cordileone’s stance is different only in tone from the fiery sermon recently delivered by Tennessee Baptist Pastor Greg Locke, who called Democrats “demons” and declared, “You cannot be a Christian and vote Democrat in this nation.” Locke voluntarily gave up his tax-exempt status when faced with a formal complaint to the IRS over the comments.

The Roman Catholic Church typically is far more circumspect in its pronouncements than right-wing zealots like Locke — and, indeed, Pope Francis’ official position is that pro-choice American politicians aren’t subject to punishment by church policy despite the church’s anti-choice stance. Still, the Vatican should be mindful that rebellions by conservative church officials like Cordileone could theoretically threaten the church’s tax-exempt status.

The issue goes beyond abortion. The church’s relatively new stance against capital punishment, made official in 2018, could present pro-death-penalty Catholic politicians with the same internal dilemmas that pro-choice Catholic politicians have long faced. While priests, preachers and pastors may legitimately weigh in on those and other controversial issues, the taxpayers aren’t required to give them a break once they cross the line from principle to partisanship.