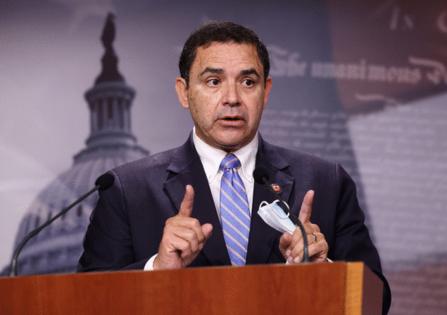 Most of the focus during midterm primary season has been on the Republicans. Rightly so; after all, not only are there important internal fights playing out in GOP nomination battles, but the outcome could determine the fate of U.S. democracy. It’s a huge story that Pennsylvania Republicans have chosen a candidate for governor who appears ready, if he is elected, to certify the Republican presidential candidate as the winner of the state’s electoral votes regardless of what voters say.

It’s also the case that Republican primaries appear to be more likely to affect November outcomes. That Pennsylvania candidate, state Sen. Doug Mastriano, is widely seen as a terrible general election candidate — so much so that the Cook Report and other neutral rating groups shifted the race from toss-up to leans Democratic after the primary results were in. The same would have been the case had Pennsylvania Republicans chosen Kathy Barnette, a participant in the Washington protest marches that culminated in the Capitol riot of Jan. 6, 2021, as their Senate candidate.

There just aren’t a lot of primary elections this year on the Democratic side, especially in contests for governor and U.S. Senate, that appear likely to have any similar effect on the general election. That’s not to say that Democrats are selecting perfect candidates; no party does that. But given the very high levels of partisan polarization among voters, candidates usually don’t matter much to general election outcomes — with the big potential exceptions of the ones whose flaws are so strong that they may be able to harm their party’s prospects.

The other issue that’s mainly happening on the Republican side is the possibility that the party won’t unite behind some nominees.

In some cases, that’s about whether traditional conservatives will be willing to support radicals; it’s still not clear to what extent mainstream Pennsylvania Republicans will be willing to join Team Mastriano after their efforts to derail him fell flat. In other cases, the question will be whether radicals who lose will endorse those who beat them.

The good news for Republicans is that so far during this primary season, there haven’t been significant cases reported of losers inventing fantasies of fraud and challenging the results and the administrators who reported them — with the unsurprising exception of former president Donald Trump, who spent Wednesday trying to stir up controversy in the still-undecided Pennsylvania Senate race with a new set of wild accusations.

There’s simply a lot less drama on the Democratic side, especially in the most high-profile elections. There are some policy or ideological splits, and as always different factions are jockeying for additional influence within the party. There are a fair number of interesting primary matchups — but also plenty, as in the Pennsylvania gubernatorial primary or the Texas version back in March, where the party had already converged on a winner well before the voters became directly involved.

In Texas, former U.S. Rep. Beto O’Rourke was the only candidate running a serious campaign. In Pennsylvania, state Attorney General Josh Shapiro was the only candidate on the ballot. O’Rourke is unlikely to be a particularly strong candidate for a party that would be unlikely to win even in a good Democratic year given his very liberal policy positions, while Shapiro seems to be a solid choice in a far more competitive state. But there’s not much more to say about them.

Pundits tried to find some factional drama in the Democratic Pennsylvania Senate primary, trying to cast Lt. Gov. John Fetterman’s big win over the moderate liberal U.S. Rep. Conor Lamb as a big ideological battle. But Fetterman had a big advantage as a statewide elected official. Besides, to the extent that there was any ideological story here, it was probably more similar to the one in the 2020 presidential nomination in which Joe Biden placed himself in the middle of the quite liberal party. That continues to be the sweet spot in all but a handful of constituencies — most Democrats aren’t looking to nominate more progressive firebrands and Bernie Sanders fans, but also aren’t looking to shift the party toward its least liberal politicians.

Even incremental change can be important, so it’s worth keeping an eye on, for example, the U.S. House runoff in Texas later this month pitting one of the least liberal House Democrats, Henry Cuellar, against the very liberal challenger Jessica Cisneros. That’s also one where it’s at least plausible that Democrats might cost themselves a House seat if they nominate Cisneros, a candidate who might be out of the district’s mainstream.

But the truth is that for every one of the handful of contests where Democrats might lose a seat that way, there’s a competitive district such as the one in North Carolina where Republicans chose a radical with all sorts of personal baggage. And that’s one of the reasons why Republican primaries are going to get a lot more coverage than Democratic contests during this election cycle.

I was born 10 months after the Supreme Court upheld a woman’s right to obtain an abortion in the 1973 landmark case of Roe v. Wade.

If, God forbid, I’d ever been raped in an alley, on a date, by a family member, or ...Read More

Women and LGBTQ people woke up on Friday to a world in which their rights to prevent pregnancies, have sex and marry could vanish with the stroke of a Supreme Court ruling.

The inescapable fallacy that hangs like an albatross around the neck of the antiabortion movement is the misguided assumption that women will stop terminating their pregnancies if the procedure becomes illegal. America has...Read More

Never before has the Supreme Court so dramatically taken away a constitutional right.

It's impossible, therefore, to know the full effect of its seismic decision overturning Roe v. Wade.

Only that life in America will ...Read More

The Supreme Court has overturned Roe v. Wade, the notorious 1973 decision that wrote abortion rights into law. Critics of the court’s new ruling overlook a crucial fact: By throwing out one of the most anti-democratic ...Read More

With Roe v. Wade no longer the law of the land, women seeking abortions will soon start traveling. Could a state punish an employer for covering their costs? The issue is likely to arise: A number of major corporations ...Read More