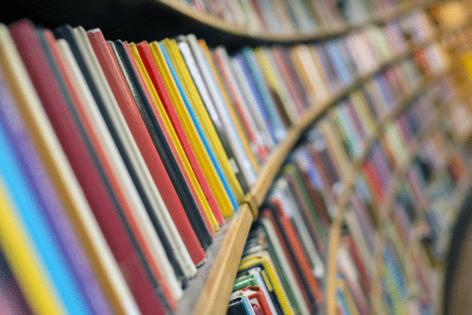 In the deepest corners of the right wing, the belief exists that teachers, textbook writers and publishing companies are conspiring to indoctrinate children. It starts with softening students up by talking about feelings. Then, their unsuspecting minds can be shaped to believe in climate change, COVID-19 vaccines, evolution and — worst of all — that racism exists.

Such kookiness has existed on the fringes of the Republican Party for a long time, and was, for the most part, shunned by mainstream conservatives. But in the Twilight Zone that Florida’s state government has become, this line of thinking is shaping education policy.

These extreme voices appeared to have been loud in the Florida Department of Education’s review of math textbooks. That process resulted in the state rejecting 54 of 132 submitted textbooks, though 19 were later accepted after publishers removed “woke content.” The department has provided little explanation for its reasoning but said the materials included prohibited topics like critical race theory, Common Core and social-emotional learning.

A Herald review of nearly 6,000 pages of math textbook reviews shows the overwhelming majority of the people assigned to go over the materials found no evidence of critical race theory. Usually taught in graduate and law schools, this is an area of study that looks at how racism has been perpetuated through laws and institutions. Conservatives believe it has infiltrated K-12 via anti-racist curriculum and, seemingly, any mention at all in textbooks that racism still exists.

Three of the 125 reviewers did find plenty of critical race theory hidden in math textbooks. Not surprisingly, one of them is part of the conservative group Moms for Liberty, best known for trying to ban books from school libraries. The other two are from Hillsdale College in Michigan, a Christian school that has become influential in conservative politics. One of the Hillsdale reviewers is a sophomore studying politics and it’s unclear why he became a Florida textbook expert. But here’s a hint: He is listed as the secretary of the Hillsdale College Republicans, the Herald reported.

Moms for Action member Chris Allen of Indian River County flagged lessons that talked about COVID-19 vaccinations, “climate change as if it’s fact” — it is, according to a consensus in the scientific community — and textbooks that stated a simple fact: that racism and poverty still exist in the United States.

A Hillsdale College reviewer had an issue with a mention of “racial profiling in policing,” a reality many Florida Black students face but that, apparently, cannot be uttered in classrooms anymore.

If reviews like these were in the minority, why did the state initially reject 41% of the textbooks submitted, the largest number in Florida history?

At best, this is just Gov. Ron DeSantis pandering to conservative voters as he eyes a presidential campaign.

At worst, it’s imposing the views of an extreme minority on the rest of Floridians — a view that looks at scientific consensus with suspicion, and efforts to bring equity and inclusion to education as a threat. A view that’s more concerned with protecting the sensibilities of white, conservative Christians than embracing an increasingly multi-cultural, multi-racial society.

Another group that has DeSantis’ ear is the Florida Citizens Alliance, which wrote a 2019 bill to allow schools to teach alternatives on issues like evolution and climate change. The group also publishes an annual “Objectionable Materials Report” that flags books that subject “all readers to LGBTQ agenda,” among other taboo topics.

Is math only about numbers?

DeSantis said in a news conference last month, “Math is about getting the right answer.” It’s understandable that many parents believe learning basic algebra in math class is more important than discussing race relations. But there was no evidence the textbooks didn’t make math their primary focus.

DeSantis wants to eliminate from the discussion something that, like it or not, still impacts children’s lives. Race continues to be a determining factor in student achievement with Black and brown kids falling behind, at least in part, because of the structural racism that teachers have been banned from bringing up in classrooms.

Research suggest that girls and underrepresented minorities experience more anxiety over math. In fact, students’ emotions about learning can impact their grades. That’s prompted the development of “social-emotional learning.” But even that is considered too subversive by the Florida Department of Education.

A New York Times review found that many of the textbooks rejected had social-emotional learning references to character traits like cooperation, perseverance and having a growth mindset. One of the materials invited students to write a “math biography” reflecting their feelings on the subject.

How odd to reject those, given that values like perseverance and a growth mindset are conservative tenets.

It turns out social-emotional learning is now considered a gateway to critical race theory, according to right-wing activists. Its intent is “to soften children” and “rewire their behavior according to the dictates of left-wing ideology,” Chris Rufo, senior fellow at the Manhattan Institute, told the Times.

Under this warped world view, our kids are getting too soft and too aware of the world around them. The misguided solution is to keep them in the dark.