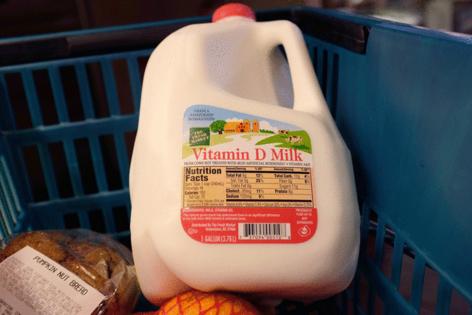 You can’t just throw money at a problem and expect it to disappear. But, in a way, that’s what the Biden administration is proposing.

President Joe Biden, in a recent discussion with representatives from farmer groups, announced that he was allocating $1 billion to help the nation’s beef and poultry industries become more competitive. As he put it, “capitalism without competition isn’t capitalism, it’s exploitation.”

But while this investment is a good first step, more needs to be done: There must be a sincere attempt to improve the rules of the game to ensure fair competition.

Our food and farm system currently have no such protections in place.

A recent report by the Open Markets Institute found that, over the last three decades, the four largest poultry processors went from holding 35% to 54% of total market share. In beef processing, that figure went from 25% to 85% and, in hogs, 33% to 70%. The dairy industry, as of 2017, saw its four largest cooperatives control more than 53% of all unprocessed raw milk sales.

According to a study by University of Missouri Professor Mary Hendrickson, when four firms control at least 40% of any given sector of the economy, those entities with market share tend to engage in anti-competitive practices that hurt farmers, workers and consumers. Such practices include price and wage fixing, as well as dictating conditions to buyers and sellers. Additionally, innovation declines when fewer actors are involved in the same market; competition becomes collusion.

So Biden is on the right track in taking steps to make U.S. farmers more competitive. His $1 billion investment would not go to pay farmers but to build more processing facilities, which should improve competition by offering ranchers more options to sell their livestock.

The problem is that this investment is within an industry that is showing a tendency towards consolidation. There were about 1.2 million cattle ranches in 1997, and just over 882,000 in 2017.

Supply chain disruptions caused by the coronavirus pandemic provide additional incentive to rethink our existing agricultural system. From workers in meat packing plants compelled to work despite the risk of getting sick, to the exorbitant amounts of waste from processors unable to adapt to changes in consumption patterns, the flaws of our system have been exposed.

What’s needed is real attention to anti-trust law enforcement, principally in breaking up larger companies into smaller entities. Corporations need to be monitored more to assure that worker rights are protected and that attempts to fix prices are stopped.

We need both enforcement of our existing anti-trust legislation and some actual legal reform to really shake up the rules of the game. We must rejuvenate the antitrust division in the Department of Justice, with more regulators and lawyers willing to research, investigate and potentially prosecute corporate actors that sacrifice the public good on the altar of profit.

Anthony Pahnke is the vice president for Family Farm Defenders, and an Assistant Professor of International Relations at San Francisco State University. This column was produced for The Progressive magazine and distributed by Tribune News Service.