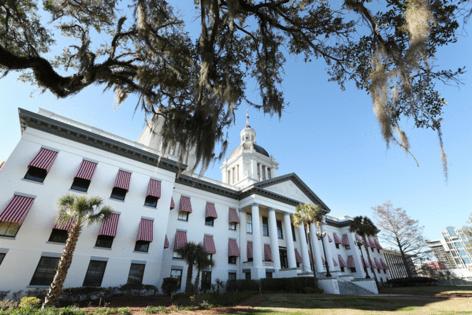 Floridians need to pay attention to the redrawing of electoral maps underway, based on 2020 census results, to reflect population changes of the last 10 years. This year more than ever, voters also must act — independently, by reaching out to their representatives in the Florida Legislature — because the process is taking place without any public input.

With lack of direct citizen participation and at least some loss of transparency as a result, we have a classic case of the fox guarding the hen house.

The competitive Republican lawmakers who have dominated Florida politics the last 20 years — and have successfully undertaken other initiatives to undermine minority voters — are essentially in charge of the process.

If they can’t be trusted with voting rights like voting by mail and civil rights like protesting, who’s to keep Republican leaders from gerrymandering districts to favor GOP candidates?

Democratic Sen. Annette Taddeo put it this way: “Red tide in our water kills fish, creates a bad smell in the air, and causes respiratory irritation in humans. Red tide in the Florida Legislature kills democracy and restricts our freedom to vote.”

Certainly, her view is partisan (and she’s making a bid for the governorship in 2022), but she also happens to be right.

There’s precedent for the concern.

The last time Florida legislators redrew districts, they blatantly violated the Constitution by allowing GOP operatives to engage in secretive, behind-the-scenes redistricting, the courts found. And so the judicial branch confirmed what we all suspected was happening, especially when legislators came into town, as they did in Miami, and were dismissive of the public speakers coming before them to make their case for fair representation.

They would have gotten away with it were it not for civic groups like the nonpartisan League of Women Voters that stepped in and undertook the legal challenge.

But it took years for the case to navigate the courts — and the political damage was done.

Here we are again at the redistricting crossroads and the League is encouraging people to get involved even if they haven’t been invited to the GOP redistricting party.

“Redistricting happens every ten years so we need to get it right,” the League warns on a social media post about the panel discussion they’re hosting — “Drawing Our Power: The Fight for Fair Districts” — in conjunction with the ACLU of Florida on Dec. 7.

Legislators and leaders who aren’t happy being a diverse, purple state where issues matter must know that voters are watching.

Apathy has generated the bad government we now have in Florida, where politicians appeal to some of the ugliest bottom-feeder fears in humanity to get elected. Apathy is perhaps the greatest threat to our participatory democracy. Issues aren’t getting the deep unpacking that they deserve, but becoming soundbites and taglines used for viral social media effect.

Redistricting, as important as it is, flies under the radar altogether.

“Many voters don’t realize that paying attention to redistricting is just as important as voting,” Natalie Alatriste, the League’s Miami-Dade County president, told me Friday. “As defenders of democracy, the League is fortunate to bring transparency to voters as legislators, commissioners, work to redistrict both state and county lines.”

Indeed, county commissioners also are grappling with how to redraw the boundaries of 13 districts in Miami-Dade for what should be nonpartisan posts. In this consultant-led process, the public, too, should get a say because little about elections can be trusted to be nonpartisan around here.

There will be battles to wage.

For one, because local elections are grooming grounds for higher partisan office. And because the “service” part in public service is also a waning element of our democracy.

It has been replaced by ambition financed by big money interests, thanks to the Citizens United (a misnomer) 2010 Supreme Court decision that reversed finance restrictions and enabled corporations and outside interest groups to spend unlimited funds on elections.

A gloomy picture, I know, and that’s why we mustn’t yield the power people still can summon through participation at all levels of an electoral process. And that starts with the never mundane and always influential task of drawing maps.

Once we lose our democracy, it might take several lifetimes to get it back, if at all.

Think about that when your eyes glaze over when you hear the word redistricting.