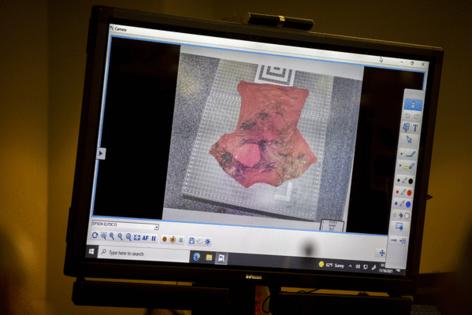 In hearing the guilty verdicts of those who murdered Ahmaud Arbery, I felt a sense of relief that justice was done in a case where the evidence was so clear that the defendants were guilty. Yet that reaction, which I am sure was shared by many, reveals a great deal about our country’s history in cases dealing with race — and about a frightening attitude toward vigilantism at this time.

Arbery, a 25-year-old Black man, was jogging in a primarily white neighborhood. Father and son Greg and Travis McMichael, who are white, grabbed guns and pursued Arbery in a pickup truck after spotting him running through the subdivision. They said that they were going to make a citizen’s arrest of Arbery because they had seen him in a house that was under construction and there had been burglaries in the area.

Neither had seen Arbery, who was unarmed, commit any crime. No police officer could have arrested him because there was no probable cause that he had violated the law.

A neighbor, William “Roddie” Bryan, joined the chase. Bryan told police he used his truck to run Arbery into a ditch and cut off his route, while Greg McMichael told officers they had him “trapped like a rat.” Bryan recorded the video of Travis McMichael opening fire as Arbery threw punches and tried to grab for McMichael’s shotgun.

The jury found Travis McMichael, who fired the shots, guilty of malice murder and four counts of felony murder. The other defendants, Gregory McMichael and Bryan, were convicted for felony murder. All three men still face federal hate crime charges.

The jury rightly rejected the defendants’ claim of self-defense because they were the aggressors and Arbery was simply trying to save his own life. All three now face a maximum sentence of life without the possibility of parole.

The case received national attention in reflecting the infamous history of white vigilantes chasing fugitive slaves and white lynch mobs terrorizing and killing Black people suspected of crimes. Arbery’s three killers claimed they wanted to make a citizen’s arrest under a Georgia law, which has since been repealed.

The apprehension and uncertainty as to what the jury would do reflected the failure of the criminal justice system to work in so many cases involving race. As I worried about what the jury — which had 11 white jurors and 1 Black juror — would do, I thought of the trial of the four police officers who beat Rodney King.

In April 1992, a nearly all-white jury in Simi Valley acquitted the officers despite a videotape that showed a horrific beating. There have been so many cases where the evidence seemed overwhelming, but white defendants were not convicted of the crimes they committed against people of color. By contrast, the verdict for the men who murdered Arbery offered a sense that justice was done.

But it shouldn’t be forgotten that in this case, justice could easily have been denied.

The district attorney who first oversaw the case, Jackie Johnson, did not bring criminal charges. Johnson has since been removed and indicted. Too often, prosecutors have been unwilling to prosecute racially motivated crimes. Also, the result may well have been different without Bryan’s video of the confrontation. Similarly, the murder conviction of Minneapolis Police Officer Derek Chauvin for killing George Floyd may not have happened without a video that left no doubt about Chauvin’s actions.

Wednesday’s verdict came down just five days after a jury acquitted Kyle Rittenhouse on all charges in a case in which he killed two people and wounded another.

In some ways, the cases are different — certainly race was central to the Arbery case, while in the Rittenhouse case the defendant and all the victims were white.

There is, though, a striking similarity in that both cases centered on private citizens who decided to take the law into their own hands. The three men who murdered Arbery said that they were going to arrest him for burglary. Rittenhouse, then 17, took his AR-15-style rifle to the streets of Kenosha, Wisconsin, to protect businesses during demonstrations after the police shooting of Jacob Blake, a Black man.

Both cases demonstrate the tremendous danger posed when people feel emboldened to carry guns and then justify their killings with claims of self-defense. That some, including former President Donald Trump, want to make a hero of Rittenhouse, is terrifying. The lesson of these cases should be clear: Vigilantism will always lead to tragedy and no American is safe on the street when that culture spreads.