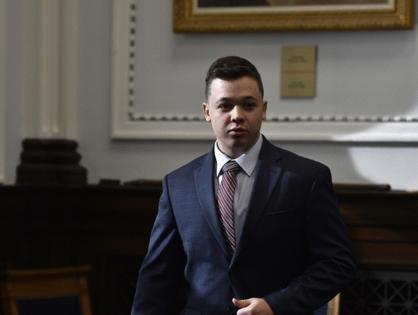 Kyle Rittenhouse chose the right state to let his hair down after his acquittal last week. It’s not because he gets to enjoy Florida’s 70-degree fall weather while Kenosha, Wisconsin — where he shot three men, two to death — sees freezing temperatures. It’s not because of Florida’s party scene, which the average teenager is more interested in than semi-automatic rifles.

Florida is the state that decided to crack down on Black Lives Matter with an “anti-riot” law. Around the same time last year, Rittenhouse, then 17, took a military-style rifle to a protest-turned-violent against the police shooting of an unarmed Black man. Florida was the home of another 17-year-old — this one Black — who died after being shot by a man who, like Rittenhouse, fancied himself as a vigilante.

Like Rittenhouse, George Zimmerman was acquitted in the death of Trayvon Martin, who was depicted as a dope-smoking thug by the same media pundits holding Rittenhouse as a symbol of law and order.

Rittenhouse got the red-carpet reception from local GOP officials — at least the Twitter version of it — when he was spotted at a restaurant in Southwest Florida over the weekend.

Republican Party of Florida Chairman of Chairs Evan Power tweeted a picture of Rittenhouse — all smiles — at Smokin’ Jerry’s Tiki Hut Bar & Grill in Charlotte County along with the tagline: “Look who is free in the free state of Florida!” Gov. Ron DeSantis’ press secretary Christina Pushaw then posted, “Kyle and his family are visiting the great state of Florida. Welcome to our free state and enjoy your time here!”

Rittenhouse was in the Sunshine Sate to record a segment with Fox News host Tucker Carlson, the USA Today Network reported. Carlson — who has spent the past 10 months spinning the Jan. 6 Capitol attack as a benign field trip by Trump supporters — also will feature Rittenhouse in a “Tucker Carlson Originals” documentary. We’re pretty sure what his angle will be.

Like Zimmerman has been trying to be for the past decade — with mixed results, at best — Rittenhouse is now an icon among many conservatives. The Illinois teen traveled to another town in another state with an AR-15-type weapon, claiming to want to protect property that wasn’t his. He shot three men — the one who survived was also armed and testified he believed Rittenhouse was an active shooter — and is now the standard-bearer for law and order and the Second Amendment.

There’s no doubt his not-guilty verdict must be accepted, but common sense should dictate that’s not the guy you want to make the poster child for your cause.

Or perhaps Rittenhouse embodies exactly the type of take-matters-into-your-own-armed-hands attitude some want to apply to racial justice protesters. Why else would Florida’s “anti-riot” law grant civil legal immunity to counterprotesters who injure — or even kill — people who are deemed “rioters"? Unfortunately, the law’s definition of a rioter is so broad it could cover even peaceful protesters, a federal judge ruled in September, calling it a “trap for the innocent.” The state appealed the ruling last month.

That Rittenhouse ended up in the Sunshine State might have been just a coincidence because Carlson has a home in Southwest Florida.

But it couldn’t more symbolic.