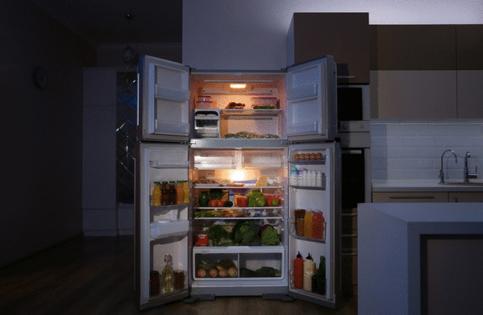 I first heard the term “hypothalamic amenorrhea” — a condition in which people stop menstruating from excessive exercise, stress, weight loss, or a combination of these factors — from my pediatrician in February.

I’d missed periods for over a year and dropped 15 pounds since my last physical. But until my pediatrician’s diagnosis, I saw nothing wrong with doing two hours of high-intensity interval training on top of three-mile runs daily. Perpetually cold and tired, I thought I was in the best shape of my life.

Stuck quarantining with too much time to brood over college applications and scrutinize every fold of my body, I had turned increasingly to exercise to fill a need for accomplishment and productivity. As my stress release valve became something of a compulsion, my days revolved around exercising — when to do it, how much, how hard.

On days I couldn’t exercise, I guiltily picked at food and planned intense workouts to “cancel out” the day’s calories. I worried about the nutritional content of my food and bailed on birthday parties, family dinners and online classes to squeeze in workouts. Though I refused to admit it, I was addicted to the pain of exertion, the rush of sweat that affirmed a “good” workout and the hard lines forming on my body. And the smiling girls on my Instagram feed, with picture-perfect bodies and 1,200-calorie-a-day diets, seemed to affirm my choices.

Adolescent eating disorders might be a buzzy phrase in news and pop culture, especially following recent controversy around how Instagram use can intensify teen girls’ body image issues. But despite public recognition of certain habits as “disorders,” I didn’t learn anything about disordered eating habits or period loss in school. I had grown up living by traditional coach wisdom that these symptoms are simply the consequences of being on top of your game.

So, I didn’t know that amenorrhea was essentially my body in a starvation state, or that prolonged absence of periods can lead to infertility and permanent bone density loss. Indeed, amenorrhea is part of the “female athlete triad,” a condition defined as a “combination of disordered eating, amenorrhea and osteoporosis,” according to the American Academy of Family Physicians.

These problems are not rare. A 2011 study of high school athletes found that 35% experienced disordered eating, 19% reported menstrual dysfunction, and 66% reported a sports-related musculoskeletal injury during the sports season. And more recently, a study of NCAA Division I cross country and distance runners found 46% of female athletes at risk for eating disorders (compared with 14% of male athletes).

Yet, as of 2018, just 29% of incoming college freshmen in one study could recall exposure to eating disorder education. The COVID-19 pandemic has sharpened this disparity: The National Eating Disorders Assn. has reported increases in calls and messages to their hotline of up to 78%.

It took an official diagnosis of hypothalamic amenorrhea for me to turn things around. With help from my doctor, my own research, and support from family and friends, I changed my lifestyle. Restricting exercise and finding food freedom while also maintaining positive body image is continuously difficult, but I know I’m doing the right thing for my long-term health. Still, I wonder what I would’ve done had I known about amenorrhea in the first place

In the impressionable teenage years (during the age of social media and a pandemic, no less), comprehensive education on disordered eating and eating disorders is necessary so that young people recognize symptoms in themselves and their peers.

As some healthcare providers have suggested, lessons that teach flexible eating habits and body acceptance, as well as eliminating practices such as public weigh-ins, can build positive relationships between food and body image during adolescence. And these lessons should be designed to disrupt the stigma that often accompanies eating and exercise disorders. These conditions are exceedingly common, affect people across gender and races, and aren’t solved by just eating more.

About 28.8 million Americans, many under the age of 18, will develop an eating disorder sometime in their lifetimes. With numbers that high, it’s past time for schools to start getting serious about teaching healthy food-and-body relationships in the classroom.