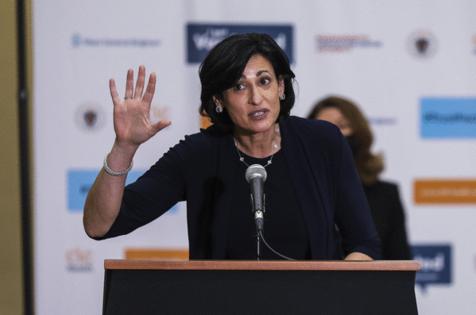 Now that the top U.S. health regulators have delivered their verdict on COVID-19 booster shots, who exactly is in line to get one in the coming weeks? Sadly, too many of the wrong people and too few of the right ones, adding more messiness to a rollout process that’s been far from smooth.

The Biden administration already jumped the gun on boosters last month, calling for third shots for all adults ahead of evaluation from the Food and Drug Administration and Centers for Disease Control and Prevention, and before agencies could review data on any shot except the one made by Pfizer Inc. and BioNTech SE. Both agencies weighed in this week, with external advisers raising doubts about the need for universal boosters when protection against severe disease is largely holding up.

The result, however, was an authorization so broad — it effectively could encompass everyone older than 18 at higher risk because of their job or a health issue — that any adult that got Pfizer's vaccine can likely get a third shot six months after their second if they’re willing to lie. At the same time, millions of Americans 65 and older can't get another shot if they received a different vaccine.

Officials and experts had a difficult series of decisions to make based on limited data. But it’s hard to say that the end result is clear, evidence-based, or the best result for public health.

Pfizer initially requested booster approval for those 16 and older. But the FDA instead followed the advice of its panel of external experts and authorized Pfizer boosters only for adults 65 and older and those at high risk from their jobs or other health problems. However, it left eligibility requirements vague.

This week, the CDC's Advisory Committee on Immunization Practices, which sets national vaccine policy, met to provide further guidelines. The group fully recommended boosters for the 65-and-older set and those between 50 and 64 who are at higher risk of severe COVID. At-risk adults aged 18 to 49 got a more limited recommendation calling for individual risk-benefit assessment for third doses because there's less evidence of need in the group. But in practice, that may not make a difference because people can self-report a condition to get a shot.

The panel did vote against third shots for those in high-risk workplaces amid concern it would open the door to boosting too broadly, but CDC Director Rochelle Walensky overruled them. That's arguably the right move for health workers, where preventing infection can keep them on the job in overwhelmed hospitals. But eligibility extends well beyond that group.

Another troublesome aspect: The agencies were willing to accept weak evidence and potential negative consequences, including still unknown safety risks and the possibility of diverting supply from first vaccinations elsewhere in the world, in order to allow broad boosters of the Pfizer-BioNTech vaccine. But they were unwilling to do the same for people at genuinely higher risk who received a vaccine from Moderna Inc. or Johnson & Johnson, which means a 25-year-old with asthma who received a Pfizer-BioNTech shot may be eligible for a booster ahead of an elderly person with extensive comorbidities who received Moderna’s vaccine, which uses the same mRNA technology.

It’s true that there’s limited evidence about mixing vaccines, which is why the FDA is holding back. But it’s not as if there’s nothing to go on. The U.K. has produced enough data that it’s comfortable with extensive mixing in its booster program, and there’s no clear evidence of elevated risk. The FDA even set a precedent for flexibility in August by allowing immunocompromised people to mix mRNA vaccines. To their credit, the CDC's external panelists pushed back on this dichotomy and argued for shots in high-risk people regardless of the initial regimen, but weren’t given the option to recommend it.

It makes sense that the U.S. authorization process should have some malleability to it in a pandemic. It’s just being applied inconsistently and without the right priorities. And that’s leaving some vulnerable people at real risk.

Max Nisen is a Bloomberg Opinion columnist covering biotech, pharma and health care. He previously wrote about management and corporate strategy for Quartz and Business Insider.