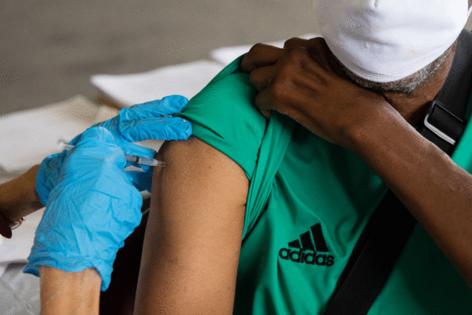 I’m a strong supporter of getting a vaccination for COVID-19. (I’ve had two plus my booster.) And I agree that getting shots into the arms of most of the 70 to 75 million U.S. adults who remain unvaccinated is a matter of public urgency. But the libertarian in me believes that means are as important as ends. The sudden turn to punishment — loss of job if President Joe Biden has his way; for other advocates, potential restriction on health care — has me worried.

People should get paid instead. Get a shot, get a check.

Punishment as an instrument of policy is always attractive to those who want others to do what’s “right,” but superior alternatives almost always exist. In the particular case of COVID-19, employer mandates are an inferior solution to the problem of vaccine hesitancy; the most morally appropriate way to involve employers in getting shots into more arms is to encourage companies to offer bonuses.

Part of this reflects my general preference for positive over negative incentives. A larger part, however, is my concern about the tendency to put coercion to more and more uses. Punishing people for what they do or don’t do should always be a last resort.

We’re not there yet.

Mandate supporters argue that persuasion has been ineffective in reaching vaccine holdouts. Fair enough. But different people respond to persuasion of different kinds. Before we start doling out punishments, let’s try other instruments of policy.

Why is paying people to get vaccinated a good idea? A theoretical reason is that compulsion is bad. (Enforcement of even the mildest law can lead to a violent result.) But there’s a practical reason too: Incentives work.

Examples abound. A correctly designed program paying students to read can increase both grades and test scores. Paying at-risk kids not to commit crimes shows promise in reducing violence. (True, such payments can create bad incentives, by encouraging young people to fit themselves to the profile.)

Even with addicts, often seen as unable to help themselves, incentives can make a difference. A 2018 review of the scholarly literature found plentiful evidence for the success of what’s known as “contingency management”: providing rewards, often cash, to addicts who stay sober. Nicotine addiction is among the toughest to beat, but a 2017 study of cash payments to curb cigarette use found a significant effect even where the maximum the smoker could earn over seven weeks was less than $500.

The Veterans Administration has long used contingency management as one of its tools to promote sobriety and to keep patients “engaged in treatment.” California is considering whether to try some form of payment to reduce opioid addiction.

True, vaccine refusants are not the same as addicts. They are people who are frightened or mistrustful or perhaps have ideological objections. But such differences actually make monetary incentives an even better choice. After all, if the goal is not breaking the addiction cycle but changing people’s minds, incentives are more likely to work. (If you think this is wrong — if you think the behavior of refusants will be difficult to change — then money is still worth a try before moving to compulsion, because you’re essentially classing them with addicts.)

One might object that Ohio’s Vax-a-Million program, which gave those who were vaccinated a ticket to a $1 million lottery, seems not to have moved the numbers. Nor did President Joe Biden’s encouragement that states and cities offer $100 per shot.

But these failures don’t suggest that payment doesn’t work. They suggest only that the amount was too low. And if I am a resident of Ohio who is frightened of the vaccine, I won’t be drawn by a lottery where my minuscule chances diminish each time a shot goes into someone else’s arm.

Again, consider those 70 million or so unvaccinated adults. If even half of them got vaccinated, that would be pretty close to victory.

Half would be 35 million.

Offer $1,000 apiece, and I suspect we’d reach that number swiftly. The price tag would come out to $35 billion, which used to be a lot of money in Washington but these days is almost a rounding error. In fact, $35 billion is a mere 1% of the Democratic Party’s $3.5 trillion budget plan — and spending it on vaccinations now will reap trillions in benefits later.

Another objection might be that it’s not right to to pay people to do what they should in any case do for the public good. But that kind of thing is done all the time. Aside from the examples I’ve mentioned already, consider the tax code, which is built around the notion that incentives affect behavior. Consider the deduction for charitable donations, or the earned income tax credit. People should give to charity. They should work. But the rules are still structured to give an added incentive.

In short: America needs people to get vaccinated. We know which policy is most likely to work. And we can afford it. So let’s do it.

Stephen L. Carter is a Bloomberg Opinion columnist. He is a professor of law at Yale University and was a clerk to U.S. Supreme Court Justice Thurgood Marshall. His novels include “The Emperor of Ocean Park,” and his latest nonfiction book is “Invisible: The Forgotten Story of the Black Woman Lawyer Who Took Down America's Most Powerful Mobster.”