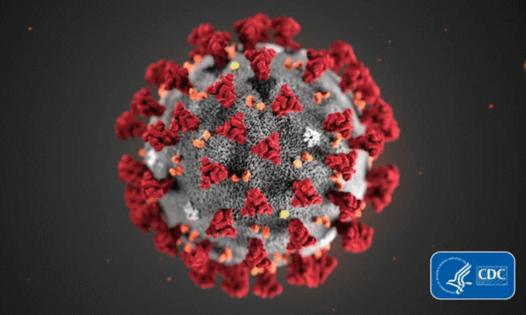 The highly infectious delta variant has sparked a new wave of COVID-19 cases and deaths worldwide in recent months, hampering reopenings and slowing the economic recovery. Now comes word of a new variant, mu, which has taken hold in some countries. Sam Fazeli, a Bloomberg Opinion contributor who covers the pharmaceutical industry for Bloomberg Intelligence, answers questions about the emergence of this new variant and its potential danger.

How worried should we be about the mu variant?

Not much, at least for now. Every mutation has the theoretical chance to make the virus more “fit” in its ability to infect, copy itself and spread. What makes a mutation or group of mutations “of interest” or “concern” to scientists is when it emerges in a large enough population and is seen multiple times. The mu variant is the dominant one in Colombia, where it displaced the gamma variant. Even though assessing virus variants in Colombia is hard given the low number of genomic sequences analyzed, there has been an increase more recently in the delta variant there. Looking at other countries with more sequencing efforts, such as Austria, Chile, Mexico and Spain, it is clear that the mu variant is not as “fit” as delta, with the latter squeezing all other variants out.

What causes a virus strain to be more resistant to vaccine-driven immunity?

Virus versus host is a constant battle. The virus infects an individual, who then raises an immune reaction against it — initially antibodies, followed by cellular immunity, i.e., “T-cells” and then “immune memory.” Random mutations in the virus then potentially give it the ability to become less sensitive to the initial antibodies, making it more able to infect people who had been previously infected. A similar situation is possible in people who are immunized using a vaccine. But the immune system also evolves and produces an array of antibodies that allow it to recognize new mutants or variants. The mutations that lead to the virus being able to evade vaccine-induced antibodies tend to occur at regions of the “spike” protein to which antibodies bind and stop an infection. The most relevant of these has been the mutation at the so-called 484 position of the spike protein, which has been seen in the beta, gamma, kappa, eta, iota and mu variants.

What is it about delta that's made it so dominant even in competition with variants that have more mutations?

This brings us to an important point. While it is not known exactly why the delta variant is so much more infectious than other variants, it has been assumed that it may have something to do with a key mutation in spike position 681, which has also been seen in the mu, kappa and alpha variants. So it’s clearly not just about this one mutation, given that delta has so far taken over wherever it has been introduced. And delta’s ability to infect more quickly and multiply faster than other variants also affects its ability to infect vaccinated people. If there aren’t enough antibodies at the sites of infection, i.e., the nose or throat, then the virus will have a clearer path — and with delta you see a rapid rise in viral particles. So an infection happens not just because the virus has become better at evading vaccine-induced antibodies, or those from a previous infection, but also because the time course of an initial infection is too fast for the immune system to react, especially in those who were vaccinated several months ago and are experiencing the expected waning of antibody levels.

Are we doing enough tracking to ensure we catch more concerning new variants?

No. We need a lot more genomic sequencing than we have at the moment. There is a high level of sequencing in some countries such as the U.K. and Denmark, but others are still too low on a per-capita basis. But it’s not just about the numbers of sequences. It’s also about how quickly they are reported. For example, based on data from CoVariants.org, the U.K. filed close to 50,000 sequences to GISAID (a global effort for sharing and tracking information on viruses) between Aug. 23 and Sept. 6, while France submitted a meager 124 sequences during the same period, essentially suggesting that it doesn't truly know what is happening in the country.

Some people seem to believe that vaccination may drive the virus to become more evasive, as antibiotics can do for bacteria. But that's incorrect, right?

I hear this often, and it makes me cringe. The situation with vaccines is much different when compared to antibiotics. Vaccines and natural infection generate an immune response at two different levels — antibodies and T-cells — against many different sites, known as epitopes, on the virus. T-cells can also target epitopes different from those targeted by antibodies. The immune response then evolves naturally over time. So even though immune-evading viral variants have developed and will continue to develop, the situation is not analogous to antibiotic resistance. And you can boost immunity with additional shots of vaccine.

Will vaccines work against mu?

Remember, vaccines are not designed to prevent infections, they are intended to prevent disease. So as long as our vaccine-induced immunity is able to prevent severe disease, hospitalization and death, then we are mostly fine. We know that mu can evade antibodies at about the same level as the most evasive of variants to date such as beta. But that just means that it can potentially infect people who are vaccinated (just as delta can), bypassing their initial antibody protection in the nose and throat. It says very little about whether it can cause disease, given that the “memory” antibody response kicks in to produce many antibodies, and cellular immunity (T-cells) comes into its critical role.

How should public health authorities draw the line between alerting folks to threats and avoiding panic-mongering?

I think they should keep “variants of interest” to themselves. I don't see what purpose it serves to let the world at large know that there is a variant of interest, which in most cases ends up not amounting to much in terms of increased risks or dangers.