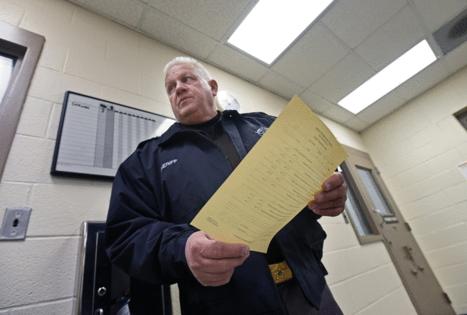 Last month during a virtual meeting, Fredrick County, Maryland, Sheriff Charles A. Jenkins and other members of a steering committee gave a one-sided presentation on the so-called “benefits” of a program that uses county deputies to enforce federal civil immigration laws. It furthered fearmongering stereotypes of immigrants as criminals and did not allow for live public comment.

As an advocacy attorney for the Catholic Legal Immigration Network Inc. who has represented immigrant crime victims in Frederick County specifically, there are a few things I would have said if given a chance. But first, some background: The federal program, known as 287(g), severs immigrant community relationships with law enforcement and encourages over-policing of people who “appear” to be foreign-born. It is deeply controversial across the country.

Frederick County has had this program in place since 2008, and it’s far past time to end it, for multiple reasons. Among them: Enforcing federal civil immigration laws is not the county’s job, nor does it help the county. To justify using local resources on a federal responsibility, Sheriff Jenkins uses data about criminal charges, not convictions. But arresting someone for a minor traffic infraction just because you think they do not have a valid visa, does not make us safer, and it takes deputies away from more important tasks.

It’s also an example of racial profiling. Even the most experienced deputy cannot tell someone is driving without a license, a common charge, unless he first pulls them over. So how does the deputy decide whom to stop? Lawsuits were settled in two racial profiling cases where Frederick County Sheriff’s Office broke civil rights laws, interrogating immigrants about their immigration status. The lawsuits ended with financial payouts to the victims and an apology. How many other instances are there that never made it to court?

The entire system is set up to target people who “appear” foreign born. County jails receive funds from U.S. Immigration and Customs Enforcement (ICE) to house immigrants facing deportation and fighting it in court. This incentivizes deputies to make pretextual arrests of people who might fall into that category. In Catholic social teaching, bishops say “the economy must serve the people, not the other way around.” Here though, the county is profiting from incarcerating people for minor, civil offenses that should not involve any jail time and then sending deputies out to find more people to put in jail. The immoral cycle of prison-for-profit continues.

Because of 287(g), members of the community fear any contact with police, and families are being torn apart. Immigrants do not feel safe contacting the police when they are victims of crime. True community safety requires equal access to justice for everyone to seek help when they need it, regardless of their immigration status. It is about building bridges and acknowledging that our individual well-being depends on the well-being of everyone around us.

The Frederick County Sheriff’s Office may brag about putting “criminals” in the deportation pipeline, but this program ensnares mothers, fathers and even children who are beloved members of our communities. The office sells us a false narrative of fear in order to profit from the incarceration of moms and dads.

There is a growing movement of people who reject Sheriff Jenkins’ position. They see the 287(g) program for what it is: an attack on people who fled unspeakable violence and extreme poverty just to come here, work hard and raise strong families. I’m here to say that as a Catholic and as an attorney, the 287(g) program in Frederick County undermines both faith-based values and the social contract we have with each other. The program must end.

Viviana Westbrook is a state and local advocacy attorney for the Catholic Legal Immigration Network Inc. in Silver Spring.