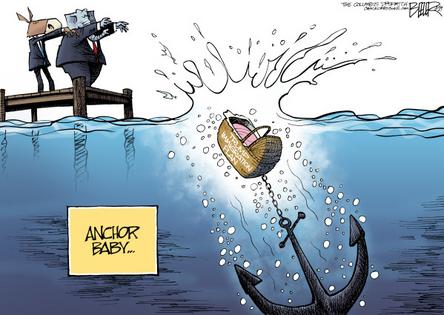 Some businesses like Goldman Sachs and J.P. Morgan & Co. have Wall Street roots that date back to the mid-19th century. Thousands of high-paying financial institution jobs packed up and left as employers such as Credit Suisse, Morgan Stanley, Barclays, UBS, Citigroup and Alliance moved staffers to less expensive destinations in North Carolina, Salt Lake City, Dallas and Nashville.

Residents, too, can’t flee Manhattan fast enough. About 3.57 million people, including many high-income earners, left Manhattan between January 1 and December 7, 2020. Although millions, mostly lower income, arrived to replace them, the net exodus cost the city $34 billion in revenue.

Individuals and businesses both cited the same reasons for getting out of Dodge while the getting was still good: high taxes, soaring living costs, Mayor Bill de Blasio’s inept governance, calls to defund the police amidst ever-increasing, random crime, and questionable school shutdowns.

While legitimate businesses, and the executives who manage them, are bolting from the Big Apple, another albeit less savory industry with dubious oversight is thriving. In New York, birth tourism, the blatant federal immigration law abuser, is resurgent.

Operators set up a website in the foreign national’s native language, most frequently Chinese but also Korean, Russian and Spanish, to encourage pregnant women to pay between $40,000 and $80,000. In exchange for the princely sums, the women will receive coaching on how to deceive airport immigration officials, how to obtain ethnically specific care once in the U.S., and how to birth an American citizen child.

Too often, U.S. taxpayers pick up a big chunk of the tab. One Chinese couple paid the indigent hospital rate – $4,080 – even though they had more than $225,000 in a bank account that they opened to pay for luxury shopping sprees.

It's unknown how many skip out on payment altogether in the U.S. Leaving unpaid medical bills for birthing babies has been reported in the Northern Marianas, significant because, as U.S. territory, children born here are eligible for U.S. citizenship. A reported birth tourism case in Canada left a hospital with an unpaid $1.2 million neonatal bill.

Little in the birthing industry has changed since the practice became common 30 years ago. A May 15 New York Post story revealed that in the greater metropolitan area 80 birthing centers operate brazenly. Yet Congress inexplicably continues to tolerate what amounts to several federal felonies being carried out, punishment-free, under their noses: visa application fraud, money laundering, Medicare fraud, income tax fraud and identity theft.

Birth tourism is terrible for America, and poses a national security threat. Anchor babies, granted U.S. citizenship under the 14th Amendment’s misinterpretation, mean that thousands of individuals will, through a fraudulent process, receive free K-12 public education and myriad other affirmative benefits. Eventually, they will serve as anchors for their returned parents, and non-nuclear, extended family members who will receive the same entitlements.

With political courage, three solutions could in short order end birth tourism. First, prosecute offenders to the law’s full extent, including mothers. After obtaining a medical certificate that the mother can safely travel, fly her home. Otherwise, she can give birth while detained, under a medical doctor’s care, and then be sent home. She’ll achieve her original goal, a citizen child, but under dramatically different circumstances than she originally envisioned.

Second, Congress must toughen up. Remove the citizenship enticement; pass legislation that citizenship requires at least one parent be a citizen or a lawfully present resident. Not surprisingly, previous efforts at commonsense birth citizenship reform had few congressional cosponsors.

Third, utilize the “fruit from the poisonous tree” doctrine which, in birth citizenship cases, would mean that the citizenship benefits were ill-gotten, and therefore must be forfeited to the government, e.g., citizenship revoked. Congress must not keep rolling over on the three-decade old birth tourism scam that hurts Americans and helps foreign nationals, mostly Chinese.

These bold but lawful actions would minimize and eventually end birth tourism travel. The proposed remedies are simple, direct and legal. Nevertheless, an inert Congress steadfastly refuses to implement any of the three, and is content to tacitly endorse the jus soli process – Latin meaning “the right of soil” – that other most developed nations abolished long ago.

The U.S. should join other advanced nations, and grant treasured citizenship based on the child’s parents’ nationality or resident status.

The 2021 National Football League season is underway, with the Pittsburgh Steelers starting the season 1-0 after dispatching the Buffalo Bills.

Even though the Steelers played on enemy turf in Buffalo’s Highmark ...Read More

Prior to his death, Los Angeles’ Sunday night talk show host Terry Anderson used to open his broadcast with a heads up to his listeners: “If you ain’t mad, you ain’t paying attention.”

Most Americans are ...Read More

For Major League Baseball teams and their fans, Labor Day is a benchmark to project which teams will make it to the playoffs.

Using Sabermetric analytics, teams are virtual division-winning locks if they lead by at ...Read More

Recently, the New York Times published an op-ed written by Atossa Araxia Abrahamian, “There Is No Good Reason You Should Have to Be a Citizen to Vote," which it described as “part of a series exploring bold ideas to ...Read More