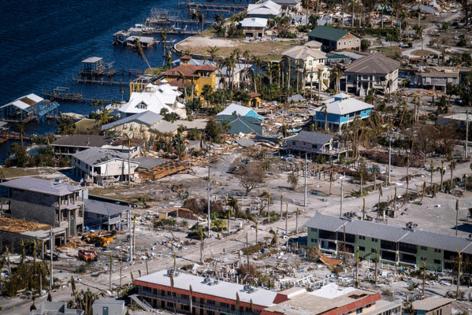 Nov. 30 is the last day of the Atlantic hurricane season, and that can’t come soon enough. But just because the season ends at the end of the month, doesn’t mean the end of storms.

Although it’s rare, we have seen some tropical trouble in December.

About 97% of tropical trouble occurs within the June 1-Nov. 30 hurricane season, according to the National Oceanic and Atmospheric Administration, the parent agency of the National Hurricane Center.

That leaves us 3% to worry about.

With the end of hurricane season and the oceans cooling off, hurricanes can still form in pockets of warmer water. But only a handful of December storms have formed in the past 30 years, according to the hurricane center.

May is the most active month outside of hurricane season, according to the agency. But what has December brought to the storm basin?

According to a report in Forbes, in December 2013 an unnamed system formed near the Azores. In December 2007, Tropical Storm Olga formed, eventually affecting the Greater Antilles. And in 2005, late bloomers Epsilon and Zeta were on the tracking map.

Despite the possibility, the odds are the tropics will be quiet as hurricane season ends and December begins. Then again, November isn’t over yet. And 2023 is right around the corner, and there’s a growing trend of early storms.

Climate change can fire up those early off-season storms — especially right before the next hurricane season officially starts on June 1.