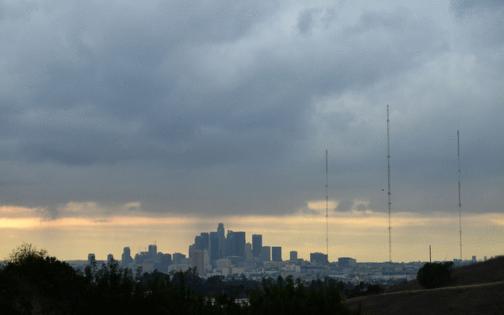 The storm front left behind some eye-popping rainfall totals, most noticeably 5.71 inches at the Bass Lake Marina, as well as a predicted total of 6 to 8 feet of snowfall in higher portions of the Sierra near Yosemite National Park.

As a result, the weather service issued a caution for those who must travel in higher regions.

An inch of rain fell near Fresno City College, 1.07 inches in north Clovis, and 2.3 inches in North Fork.

Meteorologist Bill South said the atmospheric river blew in from the northwest with the subtropical moisture.

More wet weather is possible through the week, but the power of the storm is expected to be gone later Tuesday, moving to the east.

The weather flooded streets in some areas of Fresno and driving conditions were made hazardous by the rainfall.

On Highway 168, a Subaru was trapped in heavy snow near the China Peak ski resort, and a Toyota was also bogged down near Huntington Lake.