Anything Goes and the Good Times Roll in New Orleans 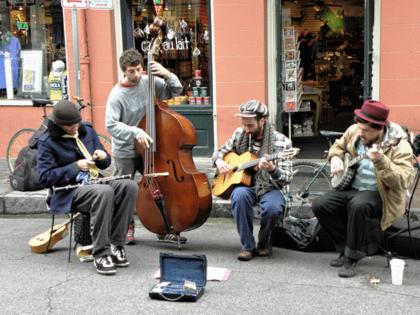 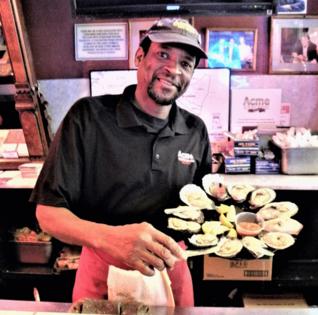 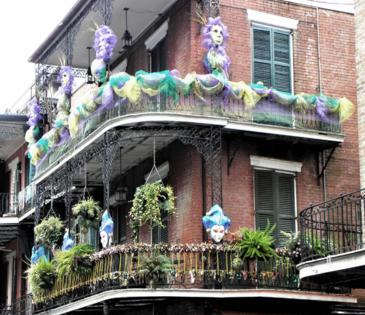 It's a city where anything goes, where everyone feels comfortable. A city of contradictions. It's a city that's part Left Bank, part island getaway. A town where tacky sits comfortably with tropical vegetation on the same barstool and Bacchus, blues and beignets share the same plate. A place of historical substance wrapped up in flights of fancy. Where sophisticated fashion walks down the street hand in hand with a takeout cup of beer.

New Orleans is more a feeling, an atmosphere, an essence than a brick-and-mortar town, even if some of those buildings are still in decay limbo since Katrina. It's a city of comedy and tragedy, decadence and elegance, sacred and profane. New Orleans is not a politically correct city. There's no middle class and no middle ground. It's a place that celebrates rather than shuns its eccentrics, of which there are many. From Royal Street and its art galleries and antique shops to Bourbon Street, home to strip joints and T-shirts, it's this heady mix of gumbo flavors that draws people to New Orleans.

Before I left for my trip, I asked three friends what comes to mind when they think of the Big Easy. Party town, they said, Mardi Gras, of course. Cajun food, oyster shooters. Music, jazz. So, I sought out three personalities who perpetuate these images of New Orleans to get their take on the town they lovingly call home.

I asked Sophie Lee, a jazz vocalist and part-owner of the Three Muses restaurant and jazz club, what folks should know about the New Orleans music scene. "When people think of New Orleans and jazz, they're just skimming the surface," she said. "Jazz goes beyond the traditional sounds most people associate with the name. There's also the brass-band variety and blues and zydeco, Dixieland and bluegrass, gospel and improvisational. There's even bounce -- a newer, higher-energy form of hip-hop that not everyone knows about -- and you can hear every variant somewhere in the city."

Most people coming to New Orleans are drawn to Bourbon Street, but really that's more honky-tonk than music immersion. According to Lee, Frenchmen Street is where the good bands hang out. There are close to a dozen clubs within a two-block radius, and you're as likely to be mingling with locals as you are tourists. After all, says Lee, "New Orleans is a music town even if no one is visiting."

And, of course, it's also a food town. Michael Broadway, also known as Hollywood for reasons that became more and more obvious as our conversation progressed, has been a master oyster shucker and resident showman at Acme's Oyster Bar, a restaurant that itself opened more than 112 years ago, for 44 years.

The oysters are the same wherever you go in the city; it's the shucker that makes the difference. As Hollywood explains it, "The difference between an oyster opener and a shucker is the whole presentation -- shucking oysters as performance art."

Claiming that he can talk about anything with anybody -- that shucking and jivin' is how he rolls -- he makes it a point to know what's going on in New Orleans and the world.

"I know what's happening in town and out of town," he said. "Where to go for the best music, the best desserts, the best anything in the city -- and outside it."