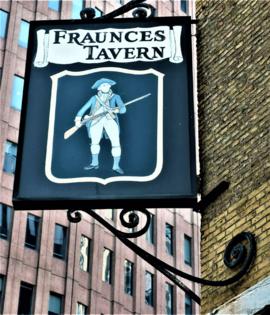 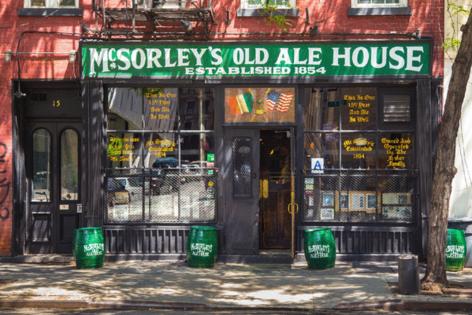 A second-floor room in a New York City building is where, on Dec. 4, 1783, Gen. George Washington bade farewell to officers of the Continental Army that had defeated the British. Not far away a ghost named Mickey resides in a Federal-style townhouse, waiting for his clipper ship to return and whisk him away. Among claims to fame of other edifices are their starring roles in popular movies and television shows.

These Big Apple settings share a common characteristic. They're vintage taverns that serve up much more than food and drink. They underscore the fact that bar hopping can provide introductions to history and mystery, nostalgia and neighborhood appeal.

Visitors can combine learning with libations and education with entertainment. From a museum to movies, writers to women's liberation, stories that come alive at drinking establishments offer a diverse introduction to times gone by. Given the distinction that comes with being recognized as the "oldest" tavern in New York City, it's not surprising that a good-natured bar fight has broken out.

In 1762 Samuel Fraunces opened a tavern that became a center of community life. During the British occupation of New York, which began in 1776 and lasted seven years, Fraunces occasionally provided food and drink, then resumed normal operations in 1783. On Dec. 4 of that year Washington invited officers who had helped him defeat the British to join him in Fraunces' Long Room, where he announced that he was resigning his commission and returning to civilian life.

This is one of numerous historic tidbits that are described in a museum located on the second and third floors. Despite claims that Fraunces occupies the oldest building in Manhattan, the structure suffered several fires during the 19th century. After rebuilding and alterations, it bore little resemblance to the original. (54 Pearl St.)

Some taverns, on the other hand, have changed little over time. Photographs on the walls of P.J. Clarke's taken at the end of the 19th century show the decor to be much as it is today. The same unfinished oak bar, ancient mirrors, original mosaic tile floor and other decorative touches serve as reminders of the past. (915 Third Ave.)

While McSorley's Old Ale House claims it opened in 1854, some historians add several years to that date. What's not disputed is that no piece of memorabilia has been removed since 1910. Among paraphernalia on display are handcuffs used by the famous magician Houdini and poultry wishbones said to have been left by soldiers who went to fight in World War I and didn't return to retrieve them. (15 E. Seventh St.)

Pete's Tavern looks exactly as it did in 1864, including the two original bars, booths, tin ceiling and tile floor. In 1851 the building housed a hotel that had a "grocery and grog store" on its first floor. (129 E. 18th St.)

Mickey the seafaring ghost is one of several spirits that have made an appearance at the Ear Inn, which occupies a building constructed around 1770 for an aide to Washington. In the mid-1800s the new owner sold home-brewed beer and corn whiskey. Later a restaurant was added to the establishment. An apartment upstairs has filled a variety of functions, from doctor's office and boarding-house bedroom to smugglers' den and brothel. The resident ghosts that patrons say they have spotted provide hints to its history. (326 Spring St.)