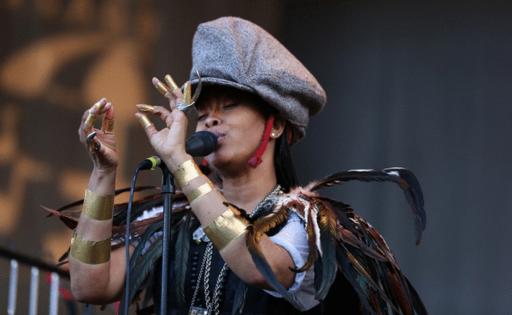 MIAMI — Jazz in the Gardens just got a bit more soulful.

“Over the years, Jazz in the Gardens has evolved on many levels,” Miami Gardens Mayor Rodney Harris said in a release. “Now, in our 16th year, the festival continues to showcase some amazing talent and different genres of music for all those who attend to enjoy.”

After having a more hip-hop heavy lineup in 2022, festival organizers opted for a more soulful selection in 2023 that also includes Jodeci, El DeBarge and Keyshia Cole. The 2023 edition, however, is not limited to just R&B and neo-soul. Fresh from the 20-year anniversary of his double-platinum album “Dutty Rock,” dancehall legend Sean Paul will grace the stage. Sunday will also feature a special gospel performance courtesy of Chandler Moore, Kierra “Kiki” Sheard and Pastor Mike Jr.

Jazz in the Gardens returned in 2022 after a two-year hiatus due to COVID-19. That year, hip-hop acts like The Roots, T-Pain and Rick Ross rocked the stage so much so that Harris and the City Council even declared March 13 as “Rick Ross Day.”

Tickets are available and start at $135 for 2-day general admission.

Viva Magenta, Pantone's Color of the Year for 2023, has certainly caused a stir in the garden world. As typical of our times, there are the lovers, and the haters. Since it is a primary color, I thought I would delve into ...Read More

Viva Magenta is the hot new color for 2023, according to Pantone, the gurus of all things color. Specifically, it is Pantone 18-1750. In the garden world, flowers will never be able to be bred so specifically so as to ...Read More