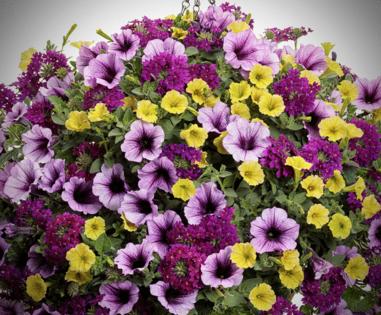 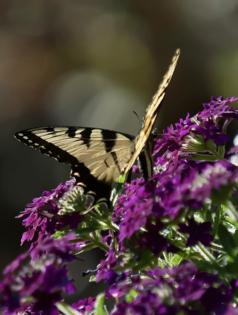 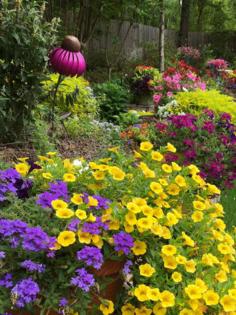 Viva Magenta is the hot new color for 2023, according to Pantone, the gurus of all things color. Specifically, it is Pantone 18-1750. In the garden world, flowers will never be able to be bred so specifically so as to reach a Pantone number. We as gardeners, horticulturists, landscape and container designers, however, want to participate; we love this time of the year. Thus, Viva Magenta becomes somewhat subjective. That being said, I first nominate Superbena Royale Plum Wine verbena as a gardening pick for the color of the year.

Before I decided to go out on this limb, so to speak, I asked Google, "Is plum a color of magenta?" The results said absolutely, that it was considered the darkest shade of magenta. Home improvement TV host Bob Vila has a post on Viva Magenta on his website, too (bobvila.com). He shows paint chip cards showing the various shades. There at the bottom of both were colors that matched Superbena Royale Plum Wine to perfection. (Of course, Bob doesn’t say that, he just shows that on the card.)

Superbena Royale Plum Wine verbena is an award-winner and one that has been out for a number of years. With so many flowers available in the industry, you may never have seen it. Last year was a banner year for color in my backyard. Orange, red, blue, yellow and purple colors were in abundance. Oh my gosh, the Superbena Royale Plum Wine stood out like a rare jewel, a color of royalty.

Butterflies were going to it first in March and last in October. I asked myself, how I could have missed this verbena for so many years? Of course, the answer is, if every company has 15 or more verbenas, the independent garden center simply can’t have enough shelf space. There are even more petunias.

Superbenas like the Royale Plum Wine need a lot of sun with a soil that drains freely. This is one reason they are so easy in containers. Good, lightweight potting mixes by their nature drain well. Once you have prepared your planting beds as such, you will have one of the best blooming ground covers you can buy.

Superbenas need to be in an active state of growth to get the most riotous blooming performance. This requires you to get to know them, feed them occasionally and cut them back to generate new growth. Leaving woody, tired stems sprawling in the garden or hanging over the rim of your containers will rarely yield the performance you desire.

If Superbenas could speak, they would tell you they were created to grow and bloom. Cutting out tired stems and giving a light fertilization will reward you with lush green growth and weeks of blooms and usually a perennial performance at The Garden Guy’s zone 8a house. Time will tell if the recent arctic blast followed by several inches of rain did them in.

I tucked my containers, chock-full of verbenas, in the garage for about five days and they all are putting on good growth and even starting to bloom. Those in the ground aren’t showing me anything yet. But even if I have to buy every year, you simply can’t beat the verbena for their performance and their ability to attract butterflies and hummingbirds.

To me Superbena Royale Plum Wine could be the poster plant for Viva Magenta. Put a large eastern tiger swallowtail on it and you’ve got nature’s version of harmony in color. I’m planning on working with you more on this year’s Viva Magenta color of the year, so stay tuned.

National Poinsettia Day is fast approaching — Dec. 12 to be exact. While I am sure the powers that be wanted a celebratory day, from what I have been seeing this year is that this may be a deadline day. Have your ...Read More

Although the first words have barely hit this column, I am getting a sense of glee. Just think, it took a garden writer, The Garden Guy, to beat the big boys to Valentine's. When you see Valentine’s stuff the day after ...Read More