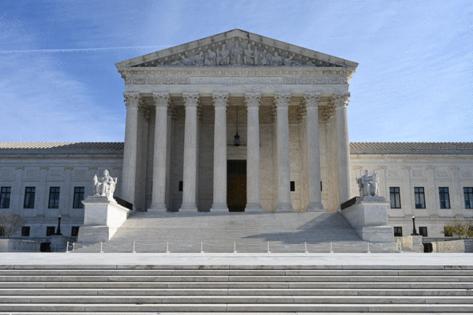 The justices voted to hear an appeal from a former U.S. postal worker and evangelical Christian who was disciplined and eventually quit because he refused to deliver packages on Sundays.

His case highlighted a long-standing dispute over whether employers must “reasonably accommodate” an employee’s religious observance or instead may refuse if doing so posed even a minor hardship for their business.

In the case of postal worker Gerald Groff, his supervisors said it was hard to find other employees who could cover the Sunday Amazon deliveries in his rural community near Lancaster, Pa.

He sued, alleging religious discrimination, but lost before a federal judge and in a 2-1 decision by the 3rd Circuit Court in Philadelphia, which agreed the employer faced a hardship.

But the court’s conservatives have signaled they were prepared to reconsider the law in this area and correct what they see as a wrong turn taken in the 1970s. They said they agreed with the leading liberals of that era — Justices Thurgood Marshall and William J. Brennan — who faulted the majority then for having made “a mockery” of Congress’ protection for religious liberty in the workplace.

The court said it would hear arguments in April in the case of Groff vs. DeJoy and issue a ruling by late June.

The case could bring together the liberal and conservative justices. A ruling on the issue would cover other aspects of religious observance, including wearing scarves, turbans or beards on the job. Lawyers representing Sikhs, Muslims, Jews and Seventh-day Adventists joined in the support of the appeal and urged the court to restore strong protection for religious liberty.

The legal dispute is not over the 1st Amendment’s protection for the “free exercise of religion” but rather about worker’s rights.

The Civil Rights Act of 1964 prohibited public and private employers from discriminating based on race, religion, sex or national origin. In 1972, Congress extended this protection to “all aspects of religious observance and practice, as well as belief.” A worker’s claim of discrimination should prevail, the law said, “unless an employer demonstrates that he is unable to reasonably accommodate to an employee’s or prospective employee’s religious observance or practice without undue hardship on the conduct of the employer’s business.”

In its first major ruling on this provision, however, the high court watered down this provision in 1977 by saying the law did not tilt in favor of religion or put burdens on employers. They were not required to shift the work schedules of “some employees in order to enable others to observe their Sabbath,” the justices ruled in TWA vs. Hardison.

In that case, Larry Hardison was a maintenance department clerk at the Kansas City airport. He was a member of the Worldwide Church of God and refused to work on the Saturday Sabbath, but he was willing to work overnight shifts and at other odd times. However, both his union and TWA objected to requiring others to work in his place on Saturdays, and he was fired.

“To require TWA to bear more than a de minimis cost in order to give Hardison Saturdays off is an undue hardship,” the court said in a 7-2 decision.

“Today’s result is intolerable,” Marshall wrote in dissent, “for the court adopts the very position that Congress expressly rejected in 1972,” and it leaves employees with “the cruel choice of surrendering their religion or their job.”

BALTIMORE — Legislation that would give childhood victims of sexual abuse a chance to sue their abusers, regardless of when it happened, has the support of a key Maryland state senator.