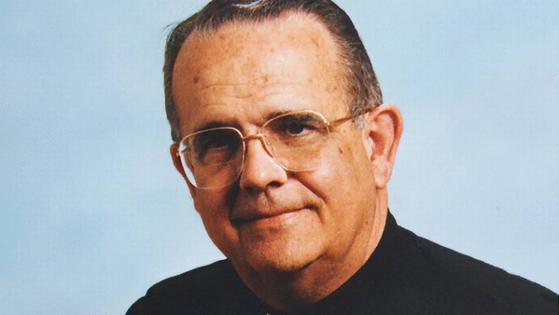 SACRAMENTO, Calif. — A late clergyman who served the Roman Catholic Diocese of Sacramento for four decades has been accused for the first time of sexually assaulting a child, joining dozens of Sacramento clergy previously implicated in the Catholic Church’s decades-old abuse scandal.

In a lawsuit filed in Alameda County Superior Court, a 60-year-old woman from Placerville — identified only as Jane Doe E.D. — alleges that Sidney P. Hall sexually abused her on multiple occasions in 1966 when she was about 6 years old.

At that time, Hall was serving as a priest at the Blessed Sacrament Cathedral where he was tasked with running the youth group, working with the parish schoolchildren and driving the school bus, according to records kept by the church.

The lawsuit states that Hall, who died in Sept. 2016 at the age of 85, used his “influence and persuasion as a holy man and authority figure” to groom the girl and develop a strong rapport with her family prior to abusing her.

The suit against Hall is part of a wave of litigation driven by a 2019 state law that opened a three-year window during which people could file claims of sexual abuse against people and institutions, regardless of when the alleged incident occurred and how old the accuser was. The period for filing such claims, which typically would be outside the statute of limitations, ends on Dec. 31.

More than 1,000 suits involving the Catholic Church have been filed under the provision over the past three years, according to Mike Reck, an attorney with the Jeff Anderson and Associates law firm, which is handling some of the cases. With the deadline rapidly approaching, that number is continuing to climb.

“We are seeing a large influx of survivors statewide coming forward,” Reck said. “To those survivors who have been suffering in silence for decades, this is an ability to safely, effectively and confidentially say, in many cases for the first time, ‘this happened, this was wrong and this was not my fault.’”

Anderson and Associates this week released the names of 66 Northern California Catholic clergy members accused of child sexual abuse. The 116 lawsuits were filed in Alameda County Superior Court, chosen to take all the cases in Northern California. Eleven of the individuals identified in the lawsuits had served in the Diocese of Sacramento.

Hall was among 14 Northern California priests who had never before been publicly named for alleged abuse.

Diocesan records state that Hall spent most of his life ministering to members of the Latino community. After his first assignment at the Cathedral of the Blessed Sacrament, where the alleged abuse occurred, Hall spent five years preaching in Mexico before returning to the Sacramento area. From 1971 to the date he stepped down in 2002, Hall spent time serving at Saint Peter Parish in Sacramento and Saint Patrick Parish in Placerville.

BALTIMORE — After saying it would not oppose the release of a report detailing decades of sexual abuse in the Catholic Church in Maryland, the Archdiocese of Baltimore is helping to pay lawyers for an anonymous group ...Read More