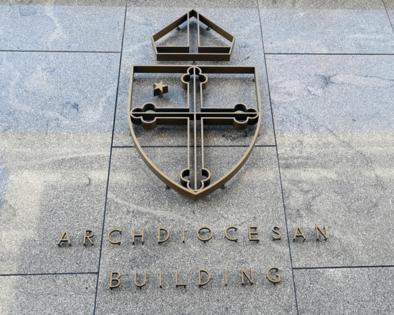 BALTIMORE — After saying it would not oppose the release of a report detailing decades of sexual abuse in the Catholic Church in Maryland, the Archdiocese of Baltimore is helping to pay lawyers for an anonymous group that’s asked a city judge to keep secret arguments over whether to make the document public.

A spokesperson for the archdiocese confirmed Monday to The Baltimore Sun that the church was paying, at least in part, the fees of Gregg Bernstein and William J. Murphy, two white-collar defense attorneys. They represent a group of people who are not accused of sexual abuse, but are named in the report from the Maryland Attorney General’s Office.

Murphy and Bernstein wrote in a filing a week ago in Baltimore Circuit Court that they would reveal their clients’ identities only in a private hearing. The filing does not explain why their clients want to keep the proceedings secret, but argues all proceedings in the case should be secret because they relate to a grand jury investigation.

The office of Democratic Attorney General Brian Frosh completed the report earlier this month after a four-year investigation. In its motion to release the report publicly, the attorney general’s office said it delves into the abuse of more than 600 people by at least 158 clergy assigned to the archdiocese. Relying on more than 100,000 diocesan records obtained through a grand jury subpoena, the report also lays out the church’s efforts to cover up much of the abuse, along with its failure to act through the years, according to the motion.

Archdiocese spokesman Christian Kendzierski told The Sun, in an email, the church was paying attorney costs “only for some of the individuals named in the report who have not been accused of abuse and who have not been contacted by or given any previous opportunity to respond to the attorney general.”

Last week, Kendzierski issued a statement saying the archdiocese “will not oppose the public release of the report” and that the church must be “transparent in acknowledging our past.”

Raquel Coombs, a spokesperson for Frosh’s office, said the archdiocese’s decision to pay lawyers who represent members of the anonymous group shows where the church stands.

“The archdiocese is paying for the opposition to the release of the report,” Coombs said.

While it’s not clear whether any members of the anonymous group are working in the Baltimore archdiocese, the church has “obligations” to some of the individuals, Kendzierski said.

“The decision of the Archdiocese not to oppose the release of the report does not mean legal requirements should not be observed, or individuals who may be named in a report should be denied the opportunity to participate,” Kendzierski wrote in the statement issued last week.