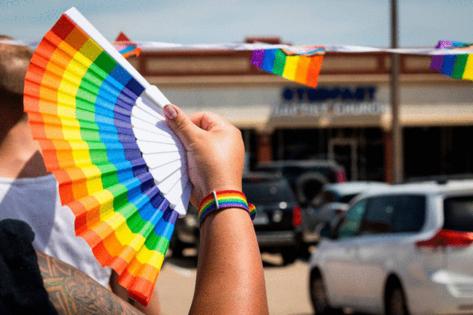 Stedfast Baptist Church lost its Hurst location in a strip shopping center at strip center at 700 W. Bedford Euless Road in February, after a Tarrant County judge ruled that the church violated its lease by making threats and creating dangerous nuisance.

According to filings in the Tarrant County Justice of the Peace Court No. 1, a nonjury trial is scheduled for 8 a.m. Wednesday via Zoom. Details outlining why Stedfast faces eviction weren’t available as court documents were not online.

R. David Weaver, an Arlington attorney who represents Stedfast Baptist Church, said a dismissal motion has been filed, and that an agreement has been reached with the landlord. Weaver declined to discuss details of the agreement.

“We submitted a joint agreement to dismiss the case,” Weaver said. “The other attorney (for the property owner) uploaded it on Friday.”

Weaver added that the lease was amended.

“Stedfast is staying in the building for now,” Weaver said.

Kevin Ross, the attorney representing building owner Cider Property, did not return messages regarding the hearing and dismissal.

Stedfast, an independent fundamental Baptist church, moved to a shopping center at 6900 Denton Highway in May. Protesters have gathered outside the church, which is listed as a hate group by the Southern Poverty Law Center.

In June, a preacher said during a sermon that gays “are worthy of death.”

Following that service, residents told city council members that they wanted the anti-gay church out of their community. They said the church promotes hate-filled, violent rhetoric against the LGBTQ community, and they are concerned about their safety. Church officials told council members they had been harassed by the protesters.

Following the meeting, Watauga Mayor Arthur Miner told the Star-Telegram that he was discussing the status of Stedfast Baptist Church with the city attorney.

“There is nothing the city can do at this time, but we are looking at other avenues,” he said at the time.

In May, Stedfast pastor Jonathan Shelley told the Arlington City Council that gays deserved to be killed. He advocated for enforcing an old Texas law outlawing “sodomy” that has since been ruled unconstitutional.

“What these people do is filthy,” Shelley said at the council meeting during its public comment section.

Shelley has said he is following what is written in Leviticus 20-13 when he speaks about violence against gays.