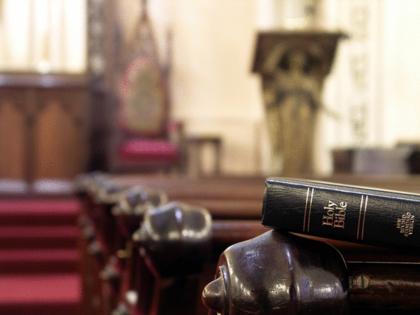 The SBC said in a statement that the investigation by the U.S. Department of Justice will include several entities, each of which have committed to full cooperation.

“While we continue to grieve and lament past mistakes related to sexual abuse, current leaders across the SBC have demonstrated a firm conviction to address those issues of the past and are implementing measures to ensure they are never repeated in the future,” according to the statement.

“The fact that the SBC Executive Committee recently completed a fully transparent investigation is evidence of this commitment. We recognize our reform efforts are not finished.”

The statement was signed by leaders of the denomination’s seminaries and main entities, including the Rev. Kevin Ezell, president of the Alpharetta-based North American Mission Board.

The Department of Justice could not immediately be reached for comment.

Jon D. Wilke, a spokesman for the SBC Executive Committee, the denomination’s governing body, said several entities have been issued subpoenas but, so far, none have gone to individuals.

The sex abuse complaints were detailed in a disturbing, third-party investigative report released in May that rocked the influential denomination of nearly 14 million members.

Mike McDonnell, communications manager for SNAP (Survivors Network of Those Abused by Priests), welcomed the investigation.

“The Department of Justice has given survivors around the nation hope with today’s news,” said McDonnell. “Too frequently, institutions are able to avoid accountability through a combination of antiquated legislation like statutes of limitation, coercive agreements to silence survivors or by fostering a culture that prevents survivors from speaking out.”

The report, conducted by Guidepost Solutions, found that a few senior executive committee members closely guarded information about abuse allegations and lawsuits and were focused on avoiding lawsuits. Abuse survivors were “ignored, disbelieved” or told that the denomination couldn’t take action because of church autonomy.

The SBC released a list of alleged abusers that includes roughly 750 names with details of abuses they are alleged to have committed and links to news stories covering some of the cases.

The list included pastors, youth ministers, deacons, Sunday school teachers, a former choir director and a volunteer. Most were named but for a handful, their information was redacted.

Among those named was Johnny Hunt, a prominent Georgia evangelical leader and former SBC president, who allegedly assaulted the wife of a fellow pastor in 2010.

Hunt, who has denied the allegations of abuse or assault, contends it involved “a brief, but improper encounter.”