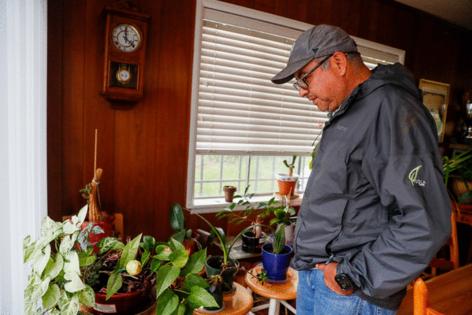 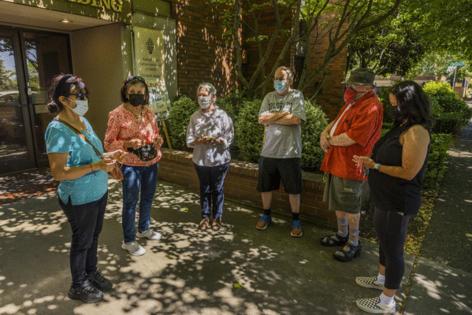 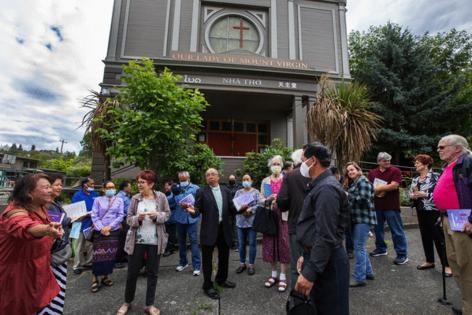 As far as the Seattle Archdiocese is concerned, Our Lady of Mount Virgin Catholic Church was one of two churches that closed July 1 as part of a wrenching consolidation effort from Tacoma to Everett that has also slated a third Seattle church to close Sept. 1.

But a group keeps coming to Our Lady of Mount Virgin, standing on the porch or sidewalk to recite prayers, sing and keep the spirit of the 1918 church alive.

"We don't want to go anywhere," said Mansak Douangdala, who started attending the church soon after arriving in the Seattle area from Laos in 1981.

He said his daughter was married there, he and others turned to the church for many funerals, and some had their names on a wall because of money contributed to building improvements.

Parishioners at this Seattle church and two others have enlisted canon law experts to appeal the closures. But the archdiocese is resisting as the Catholic Church grapples with multiple crises affecting the Catholic Church: declining attendance, especially among young people; a startling shortage of priests; compounding revelations about priest abuse leading to multimillion-dollar settlements; and debates about same-sex marriage, women priests and abortion. (All of which are against the church's teachings and practices.)

Such appeals first go to Archbishop Paul Etienne and then, if he doesn't change his mind, to the Vatican. Members of the Central District's St. Mary Catholic Church, the second place of worship shuttered this month, have also submitted an appeal, as have parishioners at St. Patrick Catholic Church in North Capitol Hill, which is set to close in September.

Etienne has already reaffirmed his decisions about Our Lady of Mount Virgin and St. Mary, and the Vatican is expected to take three months or longer to issue a ruling on the appeals. In the meantime, the church properties cannot be sold or demolished.

Eventually, the archdiocese says, assets from St. Mary and St. Patrick will go to parishes they have merged with — to use or sell as they see fit. Everyone wants to keep St. Mary's well-used food bank running, said archdiocese spokesperson Helen McClenahan.

For arcane reasons, the archdiocese controls Our Lady of Mount Virgin's property, whose future isn't yet clear. Conversations are ongoing about what to do with the church and surrounding land, including possibly housing Catholic social service programs there, McClenahan said.