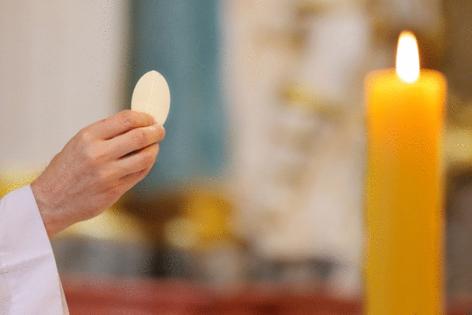 BALTIMORE — One of the controversies facing the Catholic church in recent months has been the question of Holy Communion — specifically whether it should be offered to Catholic politicians, including President Joe Biden, who advocate for abortion rights.

Some Catholics say it shouldn’t, on the grounds that an abortion rights stance violates basic teachings of the denomination. Others want their sacraments and politics kept separate. But don’t expect the nation’s Catholic bishops to settle the matter any time soon.

The U.S. Conference of Catholic Bishops holds its four-day annual general assembly in Baltimore starting Monday, as it has every year but one since 2006. The conference brings nearly 300 of the nation’s top Catholic prelates together in Baltimore, the center of the first and oldest U.S. diocese, to weigh, discuss and vote on the issues affecting the American church as a whole.

As they do each year, the bishops stay at the Baltimore Marriott Waterfront on the Inner Harbor, and meet there, as well.

This year’s agenda has the clerics hearing reports on socially responsible investing and an initiative aimed at supporting pregnant women. They’re expected to discuss and vote on new translations of liturgy, choose new chairmen of five major committees and approve a budget for 2022.

The most hotly anticipated moment might be when a committee that has been asked to take a fresh look at the practice of Holy Communion presents a polished version of a document it’s been working for a year and a half.

Some in the church have wondered whether it will take a stance on the question of Catholic politicians who support abortion rights, such as Biden and U.S. House Speaker Nancy Pelosi. But, according to Archbishop William E. Lori of the Archdiocese of Baltimore, the document as it stands spurns politics in favor of striking an uplifting, pastoral tone.

The rite, also known as the Eucharist, calls for Catholics to consume bread and wine that has been blessed by a priest. Unlike other denominations, the Catholic Church considers the bread and wine to have been transformed into the body and blood of Christ.

However, a survey of U.S. Catholics conducted by the Pew Center for Research in 2019 found that only 30% embrace the belief that the Eucharist contains Christ’s blood and body. Lori said the church takes such findings seriously and that the statistics reflect a range of larger challenges, from a decline in church attendance over the years to an “erosion of belief” that lies behind it.