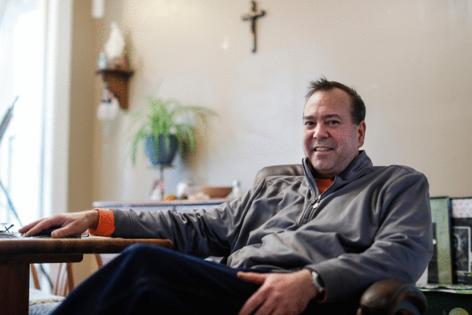 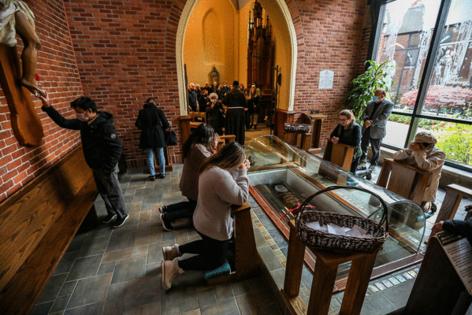 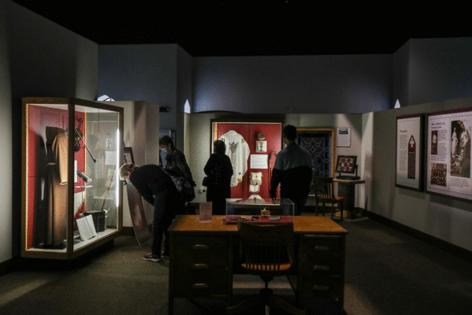 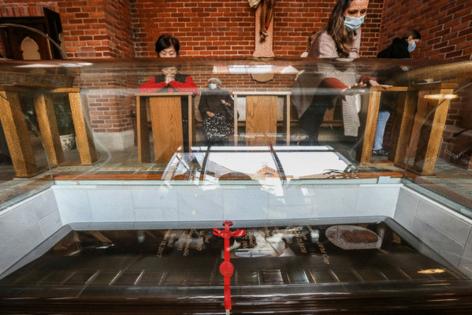 "I felt a lot of despair and a lot of darkness over me," said Ostrowski, 52, who was hospitalized in late July with COVID-19 at Sparrow Hospital in Lansing. "When I closed my eyes, it was like death was coming."

He began to pray, thinking of his wife, Kathleen, and their three children. That's when he saw the legs of a man wearing a brown robe near his bed.

"I thought he was my guardian angel," said Ostrowski, a carpenter who lives in Eaton Rapids. "There was a certain comfort in that."

He couldn't make out the man's full figure, but seeing him there brought Ostrowski peace.

Though he didn't know it at the time, Ostrowski's family was praying for his recovery and asking the Blessed Solanus Casey, a Capuchin priest who worked for two decades at St. Bonaventure Monastery in Detroit and who has been said to heal the sick, to intercede.

Casey, who founded the Capuchin Soup Kitchen, died in 1957, but in the years since, reports have streamed in from people who say he has continued to answer their prayers, interceding on their behalf to help heal sickness, reunify troubled families and help people overcome addiction, said the Rev. Edward Foley, a Capuchin priest who is the vice postulator for the canonization cause of Blessed Solanus.

"There have been thousands of favors that have been reported, thousands, after he died in '57 ... but Rome has recognized one miracle," Foley said.

That miracle was acknowledged by Pope Francis in 2017, when Casey was beatified following the healing of Paula Medina Zarate, a retired teacher from Panama. She prayed in 2012 at Casey's tomb in Detroit, and afterward, the genetic skin condition that had plagued her most of her life vanished.

It was the first step in Casey's path to sainthood. July 30 was chosen as Casey's feast day. That also happens to be the same day Ostrowski saw the brown-robed figure by his hospital bed for the first time.