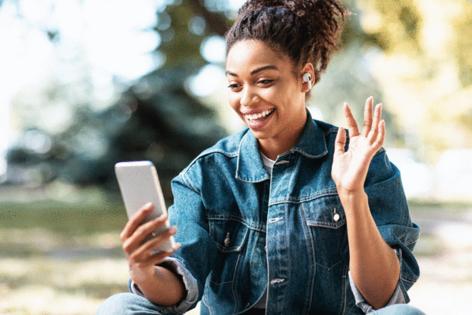 When I was 7 years old, I liked to watch a futuristic cartoon character named George Jetson and his wife, Jane, on our old black-and-white TV. It was amazing to see George, and his boss, Mr. Spacely, on a video phone. This was a piece of hardware that allowed them to actually see and speak to people in other locations.

Back in 1962, that was a pretty wild idea — the stuff of some far-future society.

These days, I merely fire up my smartphone application and instantly see and speak to my children who live in other parts of the world. I’m really glad for the capability. But it’s not the same as face-to-face, is it?

The Bible speaks of a man named Jacob who had a face-to-face encounter with God himself.

When we check in on this man’s life in Genesis 32, he is suffering from multiple self-inflicted wounds. His life, to combine metaphors, was a dumpster fire on a train wreck. Even though God had promised from earliest days to protect and prosper Jacob, he always tried to hedge his bets.

But then came a wild and mysterious night by the Jabbok River when God and Jacob had some serious face-time. (Read about it in Genesis 32.) After running from the Lord for most of his life, Jacob had a close encounter with his Creator. They actually wrestled all night long.

When God gets in your face, through whatever means he chooses, it’s because he wants your attention. Initially, that might be a little frightening. But over the long haul, it is very, very good.

The Lord wanted to finally settle the issue of who was in charge of Jacob’s life. The thing I like about Jacob is that he was willing to struggle with God in prayer — and keep after it until he got an answer. He actually told the Lord, “I’m not going to let You go until You bless me.”

And that’s just what God did.

PHILADELPHIA – As an ordained deacon, Laverne Williams noticed in the 1990s that many congregation members at Black churches often went to clergy members for help with mental health issues. But honest conversations about...Read More

LOS ANGELES – On the outskirts of Boyle Heights, a remnant of the neighborhood's historic Armenian past is having a revival.

The faithful are traveling from as far away as Simi Valley and Cerritos to pray at Our Lady ...Read More

Recently I wrote about common challenging emotional stressors that appear to be mostly stimulated of late by the pandemic’s social isolation. These conditions generate a strange combination of listlessness, undirected ...Read More

ATLANTA — To mask or not to mask?

That’s the question some houses of worship are grappling with following revised recommendations from the Centers for Disease Control and Prevention that fully vaccinated people don’...Read More

The practice of diagnosis, or “full knowing,” is important in medicine and other disciplines, including mental, emotional, social, and spiritual care and treatment.

We want and need to accurately know the issue or ...Read More

There was a time when I ran three to five miles before work and trained for half marathons. Three years ago, however, I tore a muscle in my right hip flexor. I limped for months. I could barely walk, let alone run.