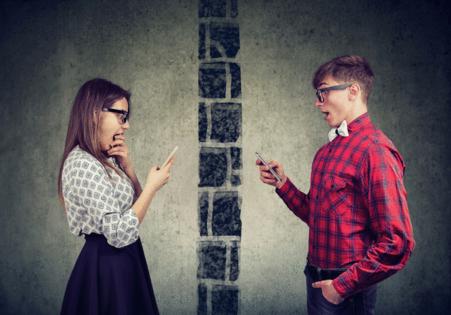 Are you refusing to speak to a family member? Maybe this person did something harmful to you. Or did an old friend betray you with gossip or lies?

We’ve all had relationships go sour at some point in our lives. Parents and adult children can have a falling out. Co-workers can have conflict. Neighbors can get into quarrels.

Not all relationships are worth repairing. And, in many cases, some individuals don’t want you to extend an olive branch. Mending fences is a sensitive endeavor.

“Having a small relationship with someone is better than total cutoff,” says a psychologist we’ll call Gregory. He and his brother own a therapy practice in a large Southern city.

Gregory believes it takes a lot of energy to totally ignore someone. He contends that just being on some type of speaking terms is better than having to remain silent.

“Totally ignoring someone takes more energy than being able to acknowledge them,” says Gregory. “Nodding a polite hello is often better than nothing.”

If you’re wondering how to mend a broken relationship, decide first if it’s worth the effort. These tips can help:

— Be careful about reaching out to dishonest people. For instance, if your daughter’s best friend stole a checkbook or credit card from your house, don’t try to reopen the friendship door. Many people must remain off your property for good.

— Think about removing any awkwardness. An example would be that your ex-wife has remarried. Despite the tension, she’s bringing her new husband to a family event for your child’s high school graduation. In most instances, it pays to rise above the tension and say “hello” to the new couple. This forces you to move on and not play the victim.

— Remain polite in the face of rudeness. Maybe your aunt called you fat in front of your boyfriend. You can’t feel close to her again. Instead, just ask her, “How are you doing?” Don’t try to grill her about her rude remarks. Let impolite conversation slide down the tubes.

“Your goal is simply to give yourself some breathing room,” says Gregory. “Forcing yourself to speak to the person you dislike removes the awkwardness — for you. In some cases, a new relationship can be forged. Every case is different.”

“When I turned 30, my mother called me to talk,” says Darrell. “I didn’t interrogate her or talk about our pain. I knew we had to build a whole new relationship.”

Darrell says his dad was abusive to his mother.

“My dad had a brain injury from being in the military,” says Darrell. “I decided not to judge my mom, but to simply see what kind of relationship we could have.”

It’s been five years since Darrell reconnected with his mother.

“We talk on the phone and visit a couple of times a year,” he explains. “My childhood time with her is lost, but we’ve built a lot of common ground. Her husband did apologize to me for the drama. He says he feels terrible about a lot of things.”

Mending fences means we have to accept the truth. We can’t fantasize that a relationship can be restored to what it could have been.

“What’s good about forming a new, workable relationship is that some type of healing starts to take place,” says Darrell. “We can open the door and see what happens.”

Many of us remember our grandmother’s home cooking. Or we can recall great dishes prepared by an aunt or a local chef. We feel warm and fuzzy just thinking about those experiences.

If someone took a poll on what supports good mental health, it’s likely this concept would make the list: “Have two great parents who love you.”

Being loved and feeling lovable will seal your fate. This mental state...Read More

If you’re hitting your head against a wall, could it be that you’re trying to change someone?

Instead, think in terms of how you can bring out the best in someone. In other words, help them change themselves by their ...Read More

Are you someone who gives others the benefit of the doubt? Do you cut them some slack, knowing anyone can be a victim of circumstances?

That’s a good way to behave. Lots of stressful issues can be impacting the person ...Read More