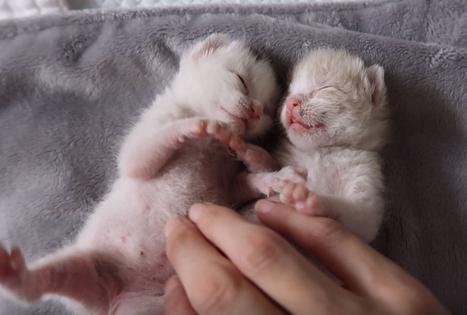 The Best Friends animal shelter in Salt Lake City said in a Twitter post that an animal control officer responded, climbed into the drain and rescued the kittens, who were taken in by Best Friends.

The shelter tweeted that the baby cats "would require around-the-clock care & bottle feeding."

Best Friends said the kittens now have been adopted and are "thriving."

(UPI) A North Carolina man said the lottery numbers that earned him a $4 million prize from a Mega Millions drawing came from an unusual source: a fortune cookie.

(UPI) A passenger on a train in India captured video of the moment a horse ran through the narrow gap between a moving train and a stationary train and survived the experience.

The video, filmed aboard a train moving ...Read More

(UPI) Animal rescuers in Florida assisted a raccoon that found itself on the third floor of a hotel before fleeing into the engine compartment of an SUV.

(UPI) An athlete in India broke his own Guinness World Record by completing 109 pushups with his finger tips in one minute.

Thounaojam Niranjoy Singh, 24, of Manipur, performed the exercises at Aztecs Sports in Imphal to ...Read More

(UPI) A California homeowner's security camera was recording when an Amazon driver making a delivery to the house came face to face with a wandering bear.

(UPI) A Wisconsin attraction featuring ice-sculpted tunnels, slides, fountains and other structures opened to the public after about 4,000 man-hours of preparation.

The Ice Castles attraction, which has become an annual ...Read More