Review: In 'The French Dispatch' Wes Anderson's Pays Tribute to Old-school Journalists and the Glories of France 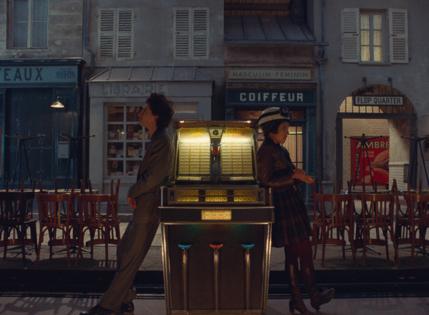 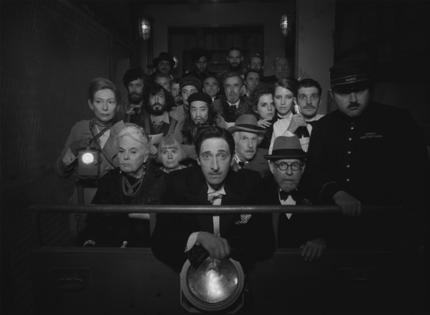 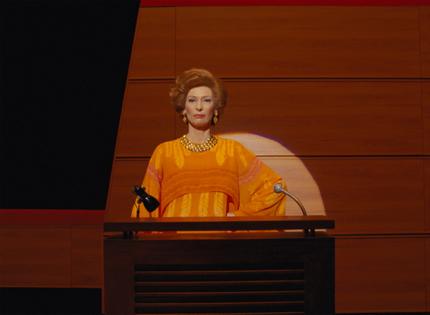 The title of Wes Anderson's new movie -- one of the sweetest and most charmingly batty of his 25-year career -- refers to a high-toned American culture magazine, not unlike The New Yorker, that is headquartered in France. Not in the too-familiar capital of Paris (where Anderson himself lives), but the cobbly cathedral town of Ennui-sur-Blase (a fictitious place incarnated here by the actual French city of Angouleme). Upon arriving in town ourselves, we discover that the beloved editor of The French Dispatch, Arthur Howitzer Jr. (Bill Murray), has just died of a heart attack, and that the staff, which includes Tilda Swinton, Owen Wilson and Elisabeth Moss (this is a movie packed to the rafters with the director's many famous collaborators) has gathered to memorialize him, and to give us a look at the sort of famous pieces that made the magazine legendary. You don't have to know a lot about midcentury journalism to feel the pull of the nostalgia with which Anderson has imbued this film.

Those who find him overweeningly twee, and have little patience for his movies, could have their minds changed by this one. It has all of Anderson's well-known signifiers -- the rigorously symmetrical compositions, the carefully deployed deadpan performances -- but it also glows with an obvious love of writing and writers, especially those employed by The New Yorker in its classic period (some of the characters appear to be standing in for such back-in-the-day scribes as Janet Flanner and A.J. Liebling), and his adoration of French movies and pop music.

The level of narrative invention in this picture might have been designed to make your head swim -- something new is always cropping up and then taking off in an eccentric direction. Right from the beginning, when we're led out on a tour of Ennui by the magazine's "cycling reporter" (Wilson), Anderson takes complete charge of the movie's intricately imagined proceedings. First up on the itinerary is the tale of a gruff character named Rosenthaler (Benicio Del Toro), who was imprisoned for decapitating two men with a meat saw -- "An accident," he told the judge -- and became a painter while behind bars, using one of his guards, the frosty Simone (Lea Seydoux), as a nude model. Rosenthaler's impenetrably abstract portrait of Simone has attracted the attention of a gallery owner named Cadazio (Adrien Brody), who is determined to spring the artist from behind bars -- and, incidentally, to buy a painting from him. (Rosenthaler dismisses this request, but Cadazio is persistent: "All artists sell their work," he says. "That's what makes them artists.")

The script is filled with sharp lines crafted by Anderson and his frequent collaborators Jason Schwartzman, Roman Coppola and Hugo Guinness. At one point, a Dispatch journalist is described as "the best living writer in completed sentences." Another character is said to have "loathed a radish in all its forms." And when a student revolutionary named Zeffirelli (Timothee Chalamet, under a mound of flyaway hair that recalls the young Jean Cocteau) is interrupted in his activities, he pleads a time crunch: "I'm due back at the barricades."

The movie's final segment features Jeffrey Wright as a Dispatch scribe recalling a kidnapping he was once involved with, and along the way filling us in on a little-known culinary phenomenon called "police cooking." ("Nothing crunchy," he says. "It's a quiet food.") Saoirse Ronan, Willem Dafoe and Edward Norton also turn up in this concluding story --which, it must be admitted, stretches the movie just a tad too far, timewise. But given the fact that it's no longer uncommon to be confronted with movies that run more than two and a half hours, it would be unseemly to complain about a film that's only an hour and 20 minutes long. Also, let us give thanks to Anderson for a passing tribute to the great writer Joseph Mitchell -- a titan of procrastination who came to his New Yorker office every day for 30 years and never filed a story. "His door's locked," says one character of a similar craftsman in Anderson's film, "but I can hear him clacking."

Kurt Loder is the film critic for Reason Online. To find out more about Kurt Loder and read features by other Creators writers and cartoonists, visit the Creators website at www.creators.com.

"Shattered" is a generic crazy-lady thriller that's almost charming in its lack of ambition. There's not a moment in it in which you're not pretty sure where the story is heading. This makes it a perfect movie for the ...Read More

OK, you've got a quintet of action chicks and you need to save the world. What do you do first?

It depends, of course -- save the world from what? After nosing around a bit, you learn that somebody somewhere has a ...Read More

Paul Thomas Anderson's "Licorice Pizza" may not be a full-on coming-of-age classic; it's a little disjointed and maybe a little too long. But whenever the beaming Alana Haim is onscreen, or Bradley Cooper roars in to do ...Read More

How much could there possibly be to say about the new live-action "Aladdin"? It's another squeeze of the Disney property that's already yielded a phenomenally popular 1992 animated film, a pair of straight-to-video sequels...Read More