Review: 'Dune' and 'The Velvet Underground' - Back to the Future, Out of the Past 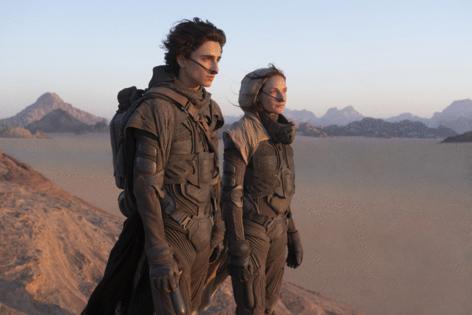 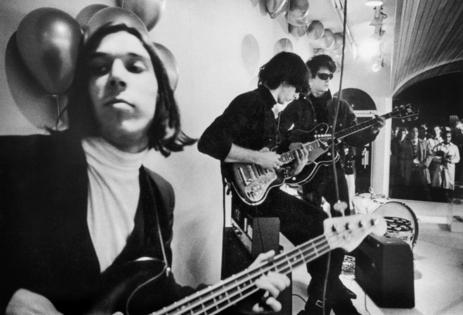 Say what you will about David Lynch's 1984 version of "Dune" -- many people have said many unkind things about it over the years, because it's a mess -- but the movie has some indelible components. The bladder-headed Guild Navigator in his interstellar traveling tank. The floating lunatic Baron Harkonnen. The incomparable Brad Dourif with his classic litany of giddy gibberish ("It is by the juice of Sappho that thoughts acquire speed, the lips acquire stains, the stains become a warning"). And let us not forget Sting, in his wing-embossed codpiece.

Lynch didn't have final cut on "Dune," his third feature film, and so was at the mercy of his producers, who demanded a manageable two-hour movie to keep theatre owners happy. This forced the director to jam the whole of Frank Herbert's weighty 1965 novel into a runtime too cramped to accommodate it. It was an experience Lynch has cursed ever since.

Now director Denis Villeneuve, whose last film, "Blade Runner 2049," was also an '80s exhumation, has taken his own run at "Dune." Villeneuve has only been given a bit more time for his picture than Lynch was (this film runs just over two and a half hours) -- but then his new "Dune" only covers the first part of Herbert's book. The second part, which contains much of the story's action, will require a second movie, the making of which will presumably be contingent upon the ability of this one -- which is long and dark and slow -- to find an audience.

Maybe it will. Because the picture is gorgeous to look at, filled with moody gray interiors, imposing Brutalist architecture and endless reaches of wind-sculpted desert. The story, more clearly presented this time, remains the same. It's set 10,000 years in the future, in part on the ocean planet Caladan, home of the noble Atreides family; in part on the ugly industrial planet Giedi Prime, stronghold of the unspeakable Harkonnens; and principally on Arrakis, the parched planet known as Dune, which is the source of the coveted spice called melange. The spice enables space travel and psychic abilities, among other things, and on Arrakis it is ferociously guarded by giant sandworms, and by a native tribe called the Fremen, who resent their long oppression by off-world colonizers and now are fighting back.

Presiding over this universe is an emperor, unseen here, who is setting the Atreides clan up for a fall. He has tasked them with responsibility for all spice-mining on Arrakis, which is currently being supervised by the brutal Baron Harkonnen. As played by the late Kenneth McMillan, the Baron was the most grossly entertaining character in Lynch's film; here, portrayed by an unrecognizable Stellan Skarsgard, rising up from a vat of black mud to begin his daily round of despicable activities, he is a darker, less amusing presence.

The Baron's goal is to crush the hated Atreides family: Duke Leto (Oscar Isaac); his concubine Lady Jessica (Rebecca Ferguson) -- who's also a member of the witchy Bene Gesserit order of black-robed female schemers; and their son, Paul Atreides (Timothee Chalamet). Like Kyle MacLachlan, who played Paul in the earlier "Dune," Chalamet isn't given a lot to do in the movie's early innings, being mainly called upon to keep his hair tousled and endure a bit of excruciating pain. And since Isaac is heavily burdened with the weight of familial nobility, charisma duties fall to Ferguson (a veteran of the ongoing "Mission Impossible" franchise), who gives a subtly commanding performance as a woman of fearless devotion to her family and her spiritual order.

"Dune's" cast of characters is as crowded as ever, although a little less confusingly this time. Weighing in on the Atreides side are Jason Momoa, Josh Brolin and Stephen McKinley Henderson. Doing their dastardly best for the Harkonnens are Dave Bautista and David Dastmalchian (occupying the role of wily stooge Piter de Vries in a more subdued fashion than Brad Dourif once did). And tiptoeing through Paul's dreams is the Fremen beauty Chani (Zendaya), who's due to get a little more screen time in the next movie, if it gets made.

The film benefits greatly from Hans Zimmer's score -- a jolting, hammer-of-the-gods electronic assault that's sometimes more interesting than what's happening onscreen. But while you'd expect contemporary computer-animation technology to have improved on the effects in Lynch's film, that's not quite the case. There's one great shot of Chalamet and Brolin running through the desert with a titanic sandworm rising up behind them, but generally the worms seem quite similar to their predecessors of 30-some years ago. And the huge, clunky techno-dueling armor worn by MacLachlan and company back then -- one of the most ungainly creations in big-budget FX history -- has been improved only slightly by Villeneuve's fizzling update, which makes it seem as if the duelers are blowing a fuse. Like so much else in the movie, not a cause for great excitement.

"Mass" is a movie that brings the magic of theatre into your local art house (although probably not into your local multiplex). The cast essentially consists of four richly gifted actors, divided into two couples. Jason ...Read More

"Shang-Chi and the Legend of the Ten Rings" doesn't feel a lot like a Marvel movie, although it's clearly been made on a Marvel budget. The picture is a lot of fun, even if it isn't overflowing with the sort of slick comic...Read More