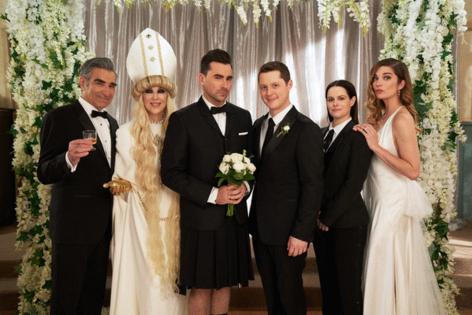 Die-hard "Schitt’s Creek" fans know how important games night is to David Rose. Quite specifically — for games night to succeed — a strict protocol must be followed:

Only six people can be invited (“Any more and gameplay gets too yelly.”)

It’s NOT a party.

For those who don’t have the benefit of a Davidesque games night director — but who admire his tenacity and fearsome dedication — how can a perfect games night be pulled off?

Is David’s way the only play? Or are there other strategies to make your games night a success?

Let’s talk to a few sources who “get it.” ("Schitt’s Creek" fans will see what we did there).

To begin with, and perhaps unlike David, board game developer John Brieger (Briegercreative.com) suggests appealing to your crowd.

“One key to hosting a great games night is picking games to suit your audience, which sometimes means adapting on the fly instead of saying ‘here are the three games we're playing tonight,” he says.