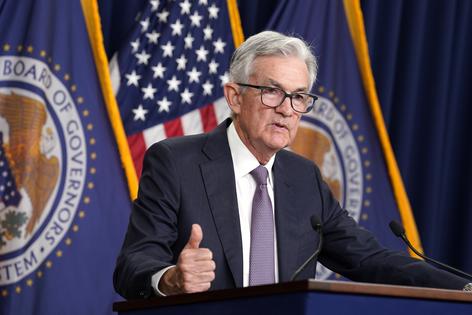 We interrupt your gas pump happy dance with rotten news: Inflation, as measured by the headline Consumer Price Index (CPI), showed that in August, prices were up 8.3 percent from a year ago, largely due to a drop in the gas index. While that was an improvement from the previous two months (8.5 and 9.1 percent respectively), the internals of the report dashed hopes for broader price relief any time soon.

Besides monthly drops in gas (-10.6 percent), airline fares (-4.6 percent), and used cars and trucks (-0.1 percent), the cost of almost everything else went up. Food prices were 11.4 percent higher than they were a year ago, the biggest annual increase since May 1979. Even when removing the volatile food and energy categories, the so-called core rate of inflation accelerated from a year ago, to 6.3 percent, from 5.9 percent in July. That larger than anticipated upsurge was driven in large part by the 6.2 percent annual increase in the “shelter” category. Just as the cost of providing a roof is the largest part of most households’ budgets, its impact on the core rate is also significant, responsible for 40 percent of the increase in August.

The hot inflation data, along with the still-solid labor market, made it a fait accompli that the Fed would raise short-term interest rates after concluding its September two-day policy meeting. The third consecutive 0.75 percentage point increase pushed the benchmark Fed funds rate to a range of 3-3.25 percent, a level not seen since February 2008. The central bank is unlikely to stop there: There are two more meetings in 2022, and with prices stubbornly high, most expect an additional 1 to 1.25 percentage point increase by the end of the year, followed by more increases in 2023.

While the Fed took too long to begin the current rate hike campaign, they seem to have made headway in convincing consumers that they will eventually be able to quell prices. According to the Federal Reserve Bank of New York, consumer expectations for future inflation (meaning where people think inflation will be in one and three years) dropped significantly in August from the July reading. Consumers expect inflation to be at 5.7 percent a year from now and at 2.8 percent in three years — in July, those numbers were 6.2 percent and 3.2 percent, respectively.

The drop in our expectations for future prices is important because how we FEEL may influence what we DO. If you expect inflation to cool down, you might delay a purchase. For example, if you are thinking about buying a new car, you might wait until next year, when you believe prices will ease. Conversely, if you think prices will keep going up, you might make the leap now, trying to get in before that sticker price jumps by even more. The act of buying today contributes to the inflation that we all most fear. The Fed is worried that if prices remain too high for too long, our expectations might change, making it more difficult for them to beat back inflation.

The persistence of high inflation, which could curtail consumer spending in the all-important fourth quarter, along with continued Fed rate hikes, and a cooling housing market, has spooked investors. The 2022 bear market meme is back: The Fed can’t possibly engineer a soft landing for the economy, so batten down the hatches, and prepare for a recession.

Whether or not the recession comes, market volatility has returned with a vengeance. As always, try to stick to your game plan and be careful not to time your entry or exit from specific asset classes.

As we slowly emerge from the haze of summer, I’ve been thinking about Cher’s classic line from the 1987 movie Moonstruck: “Snap out of it!” Without slapping you, it’s time to address some of your not-yet-...Read More

“Jill, when I hear politicians talking about the middle class, what do they mean?”

To answer this question, it’s worth tracing the roots of the term. When we think about the emergence of the middle class, we go back...Read More

With all of the fanfare associated with the big climate bill, (the Inflation Reduction Act or “IRA”), you may have missed potential changes coming to the original IRA.

When they return from summer break, lawmakers ...Read More

When my 98-year-old mother in-law passed away this month, I thought back to the first time I met her.

It was Christmas 2002 and as I was walking into my future sister-in-law’s house, a low and commanding voice asked, �...Read More

It’s been a while since I wrote about Social Security, so in honor of the 85th anniversary of the first time that the U.S. government collected taxes for Social Security – and more importantly, made lump-sum payments ...Read More

The post-COVID labor market recovery is like this summer’s weather: SCORCHING.

The government reported that 528,000 jobs were created in July, more than twice the consensus estimate. With positive revisions to the prior...Read More