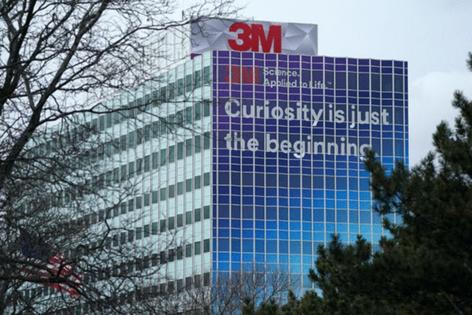 3M is cutting 2,500 manufacturing jobs worldwide as demand for its products slows.

CEO Mike Roman called it a "necessary decision to align with adjusted production volumes" following a "slower-than-expected" end to the year and bleak outlook for 2023.

The company announced the cuts Tuesday morning and did not immediately say where the job losses would occur. This wave of layoffs represents about 2.6% of 3M's 95,000-person global workforce.

The company expects respirator sales to drop to pre-pandemic levels this year, a roughly $500 million decline in revenue.

Roman said several other factors are converging to push down sales — the company's exit from Russia; the slow rebound from China's COVID-19 lockdown; "aggressive" inventory reductions by retailers; and weak demand from industrial customers.

A steep drop in demand for electronics — and a continued shift from LCD to OLED screens — is also putting pressure on 3M sales.

Over the last three months of 2022, 3M's profits slide to $541 million from $1.3 billion in the fourth quarter of 2021. Adjusted for litigation and environmental issues, earnings per share still came in below analyst expectations.

Quarterly sales of $8.1 billion were flat compared to the same period a year before, when removing the effect of divestitures.

For the full year, 3M reported a $5.7 billion profit, which is 2% lower than the previous year. Adjusted earnings per share were down 6% compared to 2021.

The company had $34.2 billion in revenue in 2022, a decline of 3% attributable in part to a strong dollar and divestitures.

"We expect macroeconomic challenges to persist in 2023," Roman said in the news release.