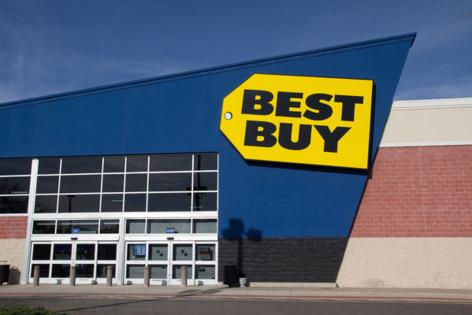 Electronics demand continued to cool this fall, and Best Buy Co. executives predicted the retailer's holiday season will be more normal in contrast to the frenzy of the past two years.

Best Buy customers will likely begin their holiday shopping this Black Friday and be able to take advantage of sale prices in coming weeks, the executives said Tuesday as they disclosed quarterly results that were better than expected.

"Last year, everyone was yelling that inventory would not be available and so everyone was pushing to buy early," Best Buy CEO Corie Barry said. "That impetus to purchase just isn't there this year."

Best Buy said it earned $277 million in the August-through-October quarter, down from $499 million a year ago. Revenue fell 11.5%, while comparable sales dropped 10.4%.

While some customers are trading down to cheaper versions of products in certain categories, like televisions, that's not happening across the board, Barry said.

"We're actually seeing the consumer behave relatively similarly as we did even pre-pandemic," she said.

Best Buy's revenue in the latest quarter was 8.4% higher than in the same period of 2019, before the pandemic.

With performance not as bad as predicted, executives slightly raised their outlook for the full fiscal year to be a 10% decline in comparable sales compared to last year, instead of a 11% decline.