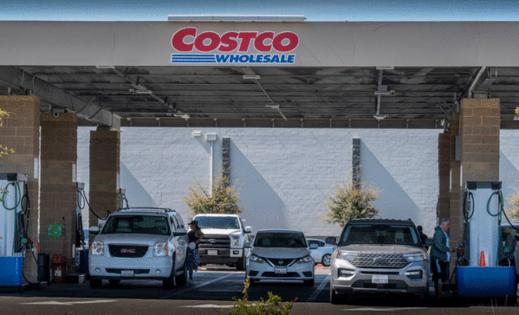 Easing the financial strain of higher turkey costs, gas prices are falling across the country as the Thanksgiving Day holiday approaches.

Travel club AAA says prices at the pump have already declined 12 cents a gallon nationally compared to last week and should fall further.

Thanksgiving is traditionally a major driving holiday as millions of Americans strap themselves in for long journeys to dine with out-of-town family members.

The national average per-gallon price for regular unleaded was $3.64 on Tuesday.

Factored into the national average are much-higher prices in western states, including California at $5.21 and Nevada at $4.83. Consumers in 11 states across the South are paying $3.31 or less per gallon.

Florida’s average price is still 10 cents a gallon more than a year ago, but Jenkins said there’s a chance that prices could drop below last year’s Thanksgiving Day average by turkey day. The highest Thanksgiving Day price on record was $3.46 a gallon in 2013, he said.

Patrick De Haan, head of petroleum analysis at the price-comparison website GasBuddy.com, attributed the declines to the falling price of oil futures amid lingering concerns of an economic slowdown. Traders are likely expecting global oil supplies to increase because of continuing COVID-19 shutdowns in China.

The per-barrel price of U.S.-produced oil plummeted from $87.90 a barrel on Nov. 14 to below $80 in midday trading on the New York Mercantile Exchange.

Gasoline inventories in the U.S. increased by 2.2 million barrels last week, which is still about 5% lower than the five-year average, last week’s report by the U.S. Energy Information Administration showed.

Tens of thousands of stations around the country are already selling gas under $3 per gallon, and thousands more will join in the next few weeks, “barring a dramatic turnaround,” De Haan said.

“It’s not impossible that if oil markets hold here, we could see a national average of $2.99 around Christmas, certainly the gift that every motorist is hoping for,” De Haan said in his weekly gas price blog. “Drivers shouldn’t be in a rush to fill up as prices will come down nearly coast-to-coast into the heavily traveled Thanksgiving holiday.”

Amazon is locking some laid-off employees out of its offices and their company-issued laptops on Wednesday, about a week after the company started notifying workers that their positions were being cut.

Though tech layoffs have become near-daily occurrences nationally, Raleigh, Durham and Chapel Hill, North Carolina, are seeing an increasing number of job openings in the sector.