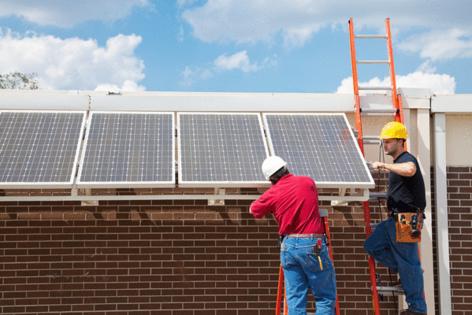 Elsa Reaza was ready to leave her job when a friend suggested she apply for a housekeeping position at the Conrad, a new luxury hotel in downtown Los Angeles.

Reaza worked at a senior home, feeding, taking blood samples and cleaning up after patients. The work was emotionally draining even before the pandemic arrived, taking the lives of residents with whom she'd grown close.

Reaza's new job as a housekeeper pays about the same but offers better benefits — free bus passes and occasional meals — with a lot more opportunity to advance in the company. "I'm hoping to stay here for a while," she said.

The COVID-19 pandemic pushed many Americans out of their jobs and forced others — such as Reaza — to rethink theirs. Some participated in a wave of job-leaving dubbed the Great Resignation; others sought improved work-life balance through what they called "quiet quitting."

Now, with inflation on everyone's mind and many economists forecasting some degree of recession in the near future, locking into the best job to ride out the economic uncertainty may seem more appealing.

"It's an unusual job environment with the economy under pressure, with higher interest rates and higher inflation and with a tight labor market," said Nancy Vanden Houten, lead U.S. economist with Oxford Economics.

With California's unemployment rate at its lowest point in more than two decades, workers are in short supply all over the economy, but that could change fast if aggressive interest rate hikes by the Federal Reserve depress business investment and hiring. Based on state employment studies and interviews with economists and academics, here are the jobs expected to be in highest demand over the next year in California — arranged roughly from lower skill/pay to higher skill/pay — and some of the pros and cons involved.

This category includes cashiers and staffers at hotels, restaurants and theme parks. In California, leisure and hospitality had the largest job loss of any sector in the early pandemic: 990,200 jobs vanished from February to April 2020, or 1 out of every 3, according to the state Employment Development Department. Although the sector has recovered about 85% of those lost jobs, the state still expects leisure and hospitality to be the biggest creator of jobs over the next year.

The drawbacks: Demand can be seasonal and the median annual wages are about $32,000 — a level many workers find insufficient to afford housing and transportation in Los Angeles. Union leaders such as Kurt Petersen, co-president of Unite Here Local 11, which represents 32,000 hotel, restaurant, airport and sports arenas in Southern California, are trying to boost that by organizing workers. "I'm optimistic that these jobs can sustain a family," he said. "I think it will take a lot of work."