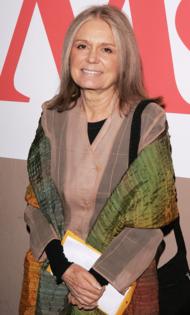 Ms. Magazine recently celebrated its 50th anniversary with a party in New York, and as a former staff member I was invited to attend. I went not knowing quite what to expect.

It's a complicated moment for women's rights. The term "feminist" is no longer as contentious as it once was, but recent events, including the exposure of systemic sexual harassment, the pandemic-forced exodus of women from the workplace and, most recently, the Supreme Court's reversal of Roe v. Wade make it easy to feel that many of those 50 years of progress have been erased.

No such gloom hung over the 200 or so women who gathered in the Ford Foundation Center for Social Justice on Sept. 8. Ms., as a website and quarterly magazine, continues to provide information for women seeking abortions in all states as well as doing what Ms. always did — advocate for women in all arenas. (According to executive editor Kathy Spillar, traffic to the site has increased by almost 400% since Roe vs. Wade was overturned.)

During her remarks at the anniversary fete, Eleanor Smeal, president and co-founder of the Fund for the Feminist Majority, which has owned Ms. for 21 years, assured the audience that the fight would continue and inevitably be won.

The mood was, in fact, one of celebration and, more important, reunion.

If you want to gauge how powerful sisterhood remains, gather a bunch of former (and current) Ms. editors and staff in a room and try to avoid being hugged.

It had been 30 years or more since I had seen many of the women who worked in the brilliantly energetic (and more than slightly grubby) midtown Manhattan offices when, fresh out of college, I joined the staff in the mid-'80s. So it was a bit shocking how quickly I was filled with decades-old emotions.

Seven of the founding editors were there and, well, as Shakespeare wrote of Cleopatra, age cannot wither her nor custom stale her infinite variety.

Gloria Steinem, at 88, remains a figure of both comfort and awe, still lacing deep empathetic knowledge with frank outrage and dry wit. At 91, Pat Carbine, the former publisher of Ms., is as formidable and funny as she was when, as a young staffer, I flattened myself against a wall when she bustled by in her power suits. Robin Morgan, 81, held court and Letty Cottin Pogrebin watched as her adult children, three of the "Ms. kids" who had grown up in the magazine offices, led some of the featured guests to the podium. Joanne Edgar, who had largely organized the evening, darted through the crowd to corral the speakers.

"We recognized the opportunity to talk about the issues, " Edgar said. "But the main purpose was to bring the staff together, particularly those who had been there at the beginning ... to celebrate those bonds. I went to the gym wearing my 50th anniversary T-shirt and a woman came up to me and said, 'Ms. changed my life.'"