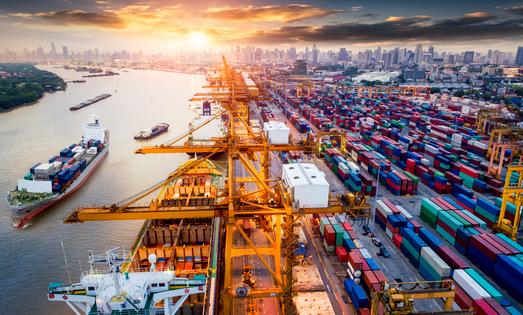 The European Union is embarking on an experiment that will expand its climate policies to imports for the first time. It’s called a carbon border adjustment, and it aims to level the playing field for the EU’s domestic producers by taxing energy-intensive imports like steel and cement that are high in greenhouse gas emissions but aren’t already covered by climate policies in their home countries.

If the border adjustment works as planned, it could encourage the spread of climate policies around the world. But the EU plan, as well as most attempts to evaluate the impact of such policies, is missing an important source of cross-border carbon flows: trade in fossil fuels themselves.

As energy analysts, we decided to take a closer look at what including fossil fuels would mean.

In a newly released paper, we analyzed the impact and found that including fossil fuels in carbon border adjustments would significantly alter the balance of cross-border carbon flows.

For example, China is a major exporter of carbon-intensive manufactured goods, and its industries will face higher costs under the EU border adjustment if China doesn’t set sufficient climate policies for those industries. But when fossil fuels are considered, China becomes a net carbon importer, so setting its own comprehensive border adjustment could be to its energy producers’ benefit.

Carbon border adjustments are trade policies designed to avoid “carbon leakage” – the phenomenon in which manufacturers relocate their production to other countries to get around environmental regulations.

The idea is to impose a carbon “tax” on imports that is commensurate with the costs domestic companies face related to a country’s climate policy. The carbon border adjustment is imposed on imports from countries that do not have similar climate policies. In addition, countries can give rebates to exports to ensure domestic manufacturers remain competitive in the global market.

This is all still in the future. The EU plan phases in starting in 2023 but currently isn’t scheduled to fully go into effect until 2026. However, other countries are closely watching as they consider their own policies, including some members of the U.S. Congress who are considering carbon border adjustment legislation.

One issue is that current discussions of carbon border taxes focus on “embodied” carbon – the carbon associated with the production of a good. For example, the EU proposal covers cement, aluminum, fertilizers, power generation, iron and steel.